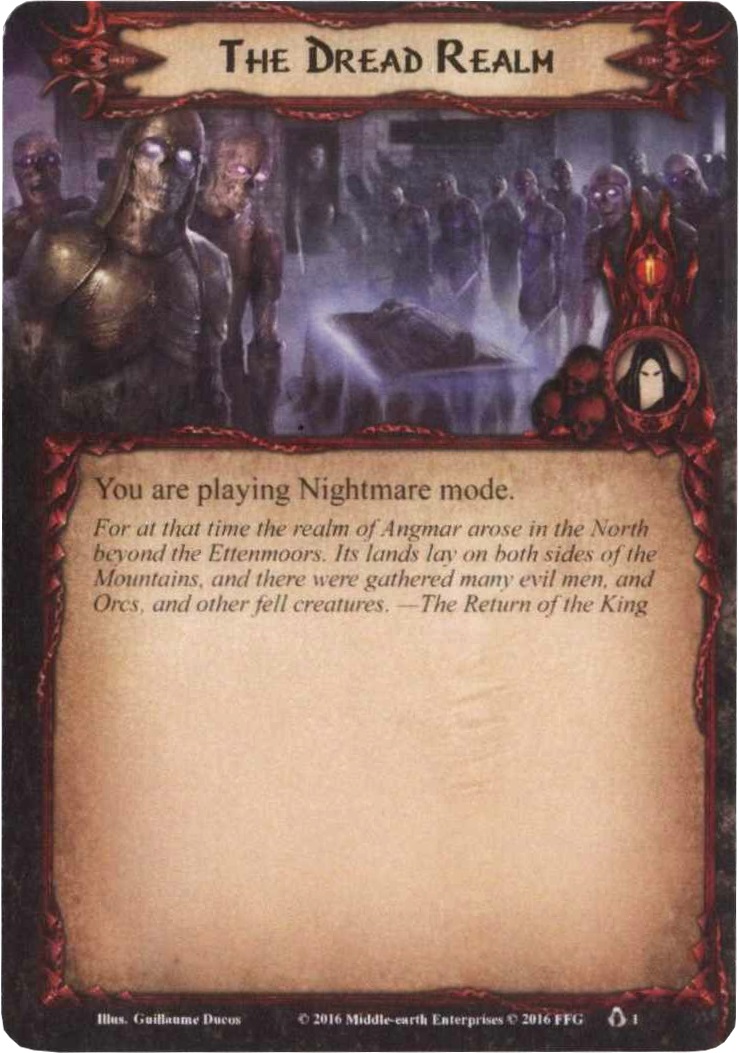 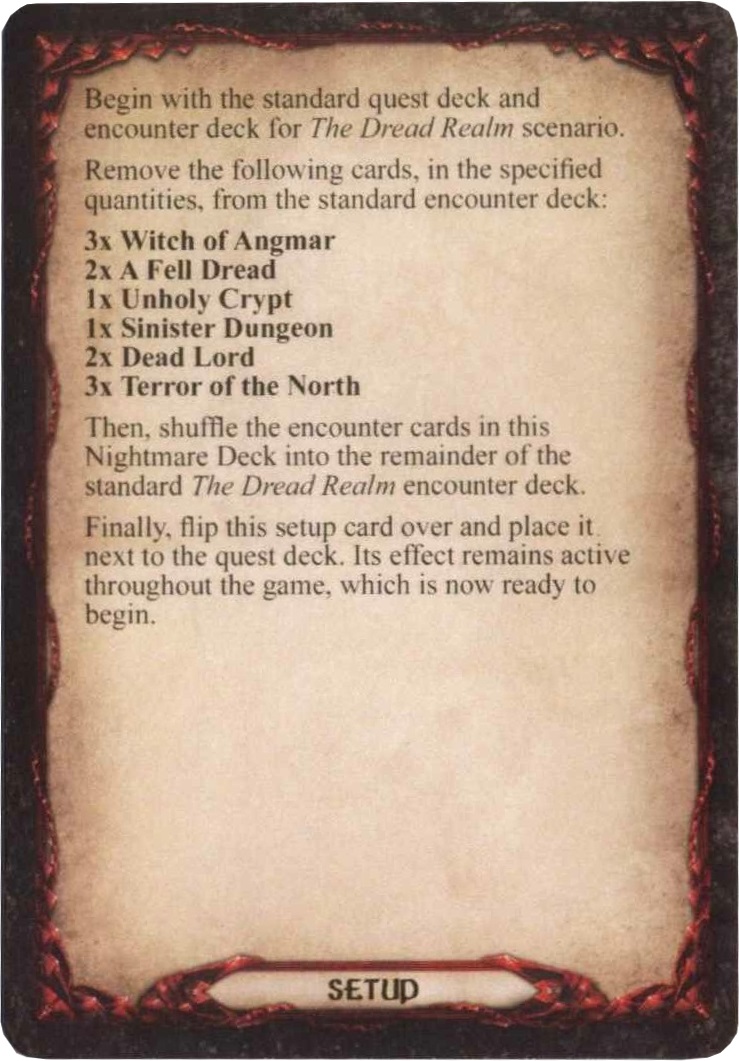 For at that time the realm of Angmar arose in the North beyond the Ettenmoors. Its lands lay on both sides of the Mountains, and there were gathered many evil men, and Orcs, and other fell creatures.
–The Return of the King

Begin with the standard quest deck and encounter deck for The Dread Realm scenario.

3x Terror of the North

Then, shuffle the encounter cards in this Nightmare Deck into the remainder of the standard The Dread Realm encounter deck.