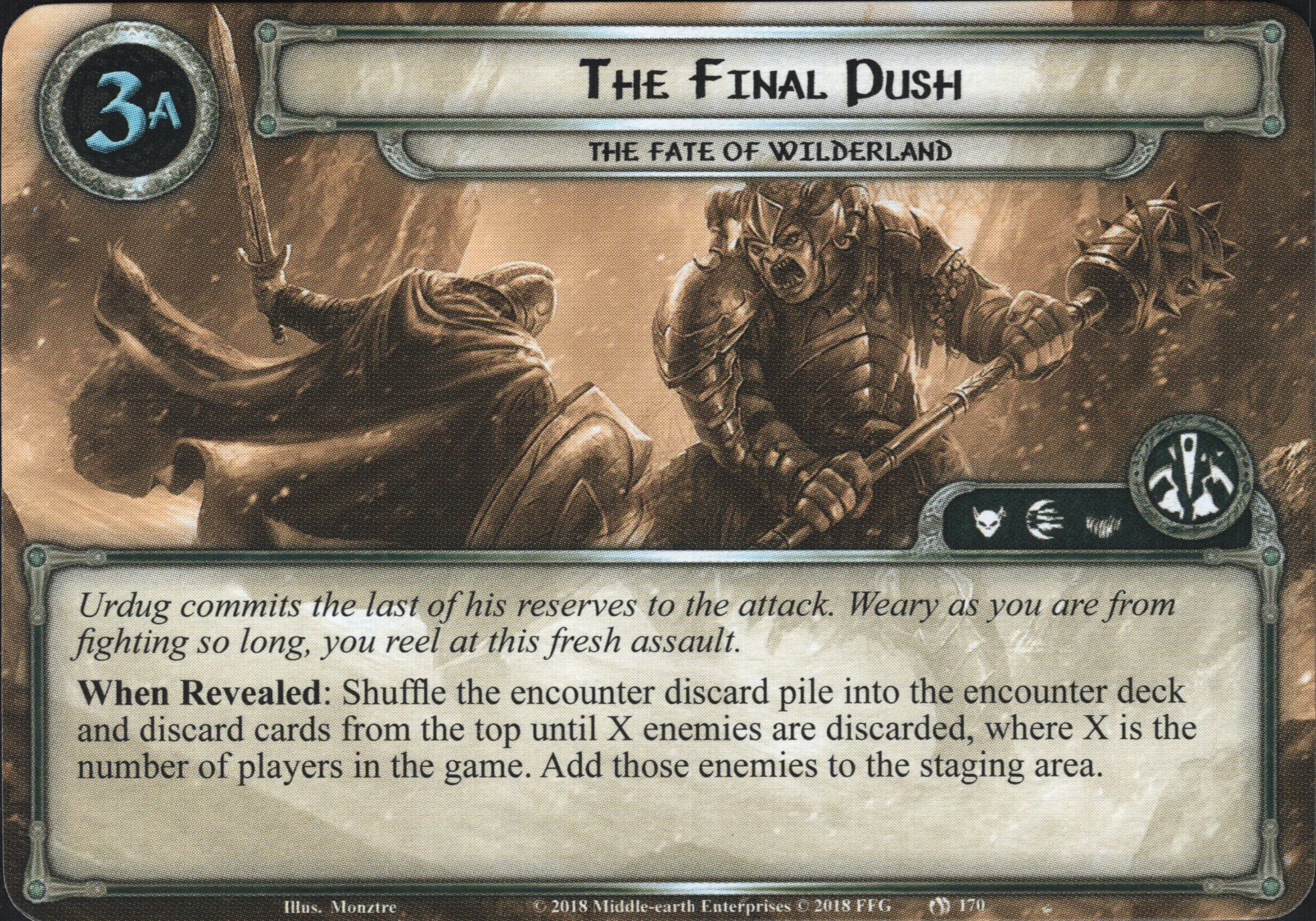 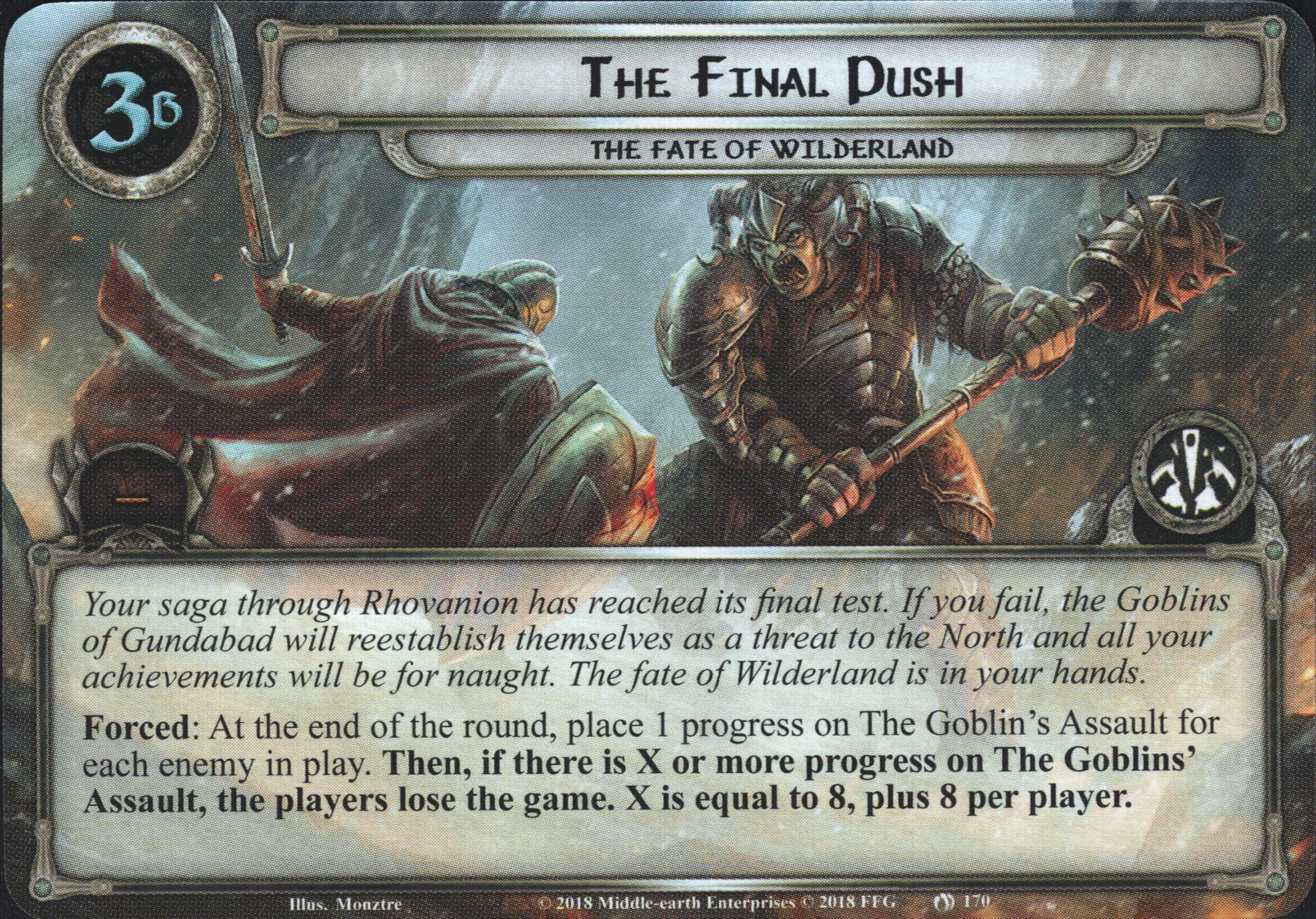 3A-B (-)
When Revealed: Shuffle the encounter discard pile into the encounter deck and discard cards from the top until X enemies are discarded, where X is the number of players in the game. Add those enemies to the staging area.


Urdug commits the last of his reserves to the attack. Weary as you are from fighting so long, you reel at this fresh assault.

Your saga through Rhovanion has reached its final test. If you fail, the Goblins of Gundabad will reestablish themseleves as a threat to the North and all your achievements will be for naught. The fate of Wilderland is in your hands.