The King Rides Out
The Treason of Saruman #76 (x1) 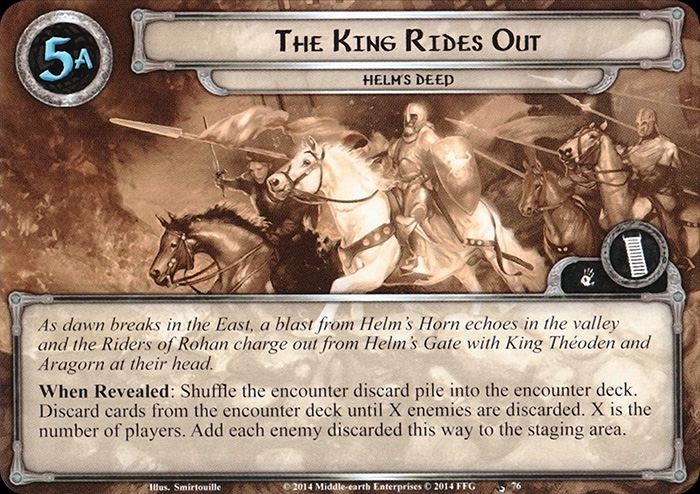 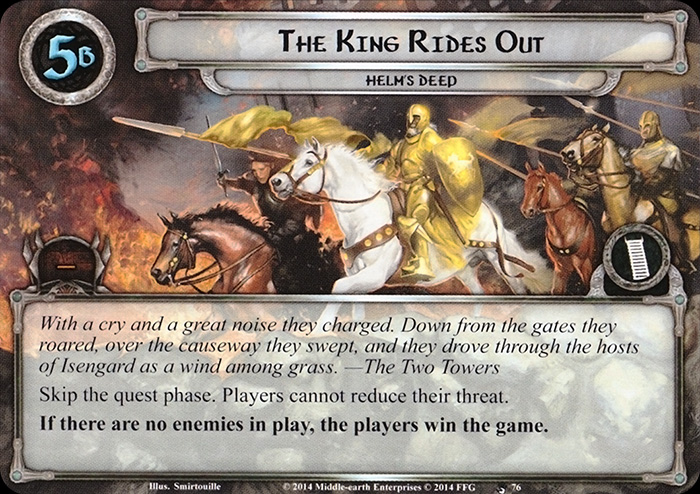 As dawn breaks in the East, a blast from Helm's Horn echoes in the valley and the Riders of Rohan charge out from Helm's Gate with King Théoden and Aragorn at their head.

If there are no enemies in play, the players win the game.

With a cry and a great noise they charged. Down from the gates they roared, over the causeway they swept, and they drove through the hosts of Isengard as a wind among grass. –The Two Towers