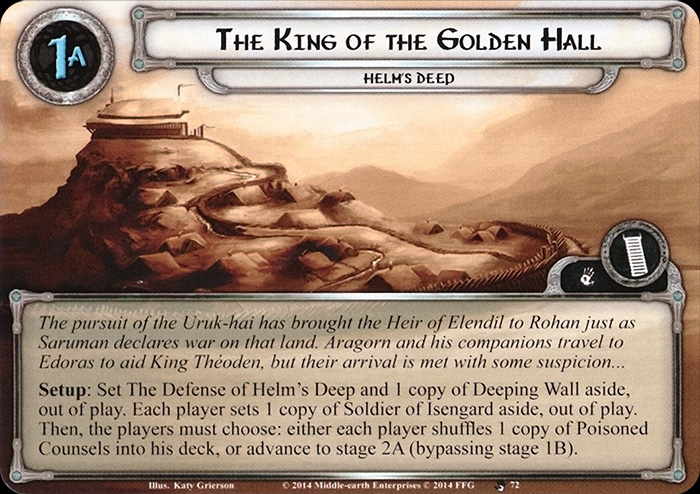 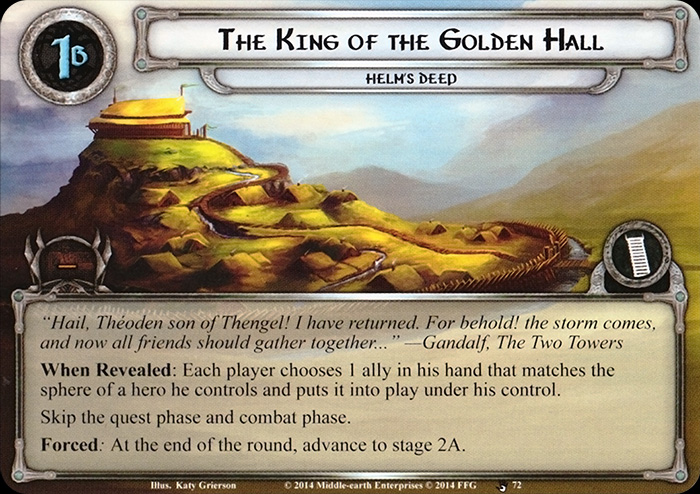 The pursuit of the Uruk–hai has brought the Heir of Elendil to Rohan just as Saruman declares war on that land. Aragorn and his companions travel to Edoras to aid King Théoden, but their arrival is met with suspicion...

When Revealed: Each player chooses 1 ally in his hand that matches the sphere of a hero he controls and puts it into play under his control.

Forced: At the end of the round, advance to stage 2A.

"Hail, Théoden son of Thengel! I have returned. For behold! the storm comes, and now all friends should gather together..." –Gandalf, The Two Towers