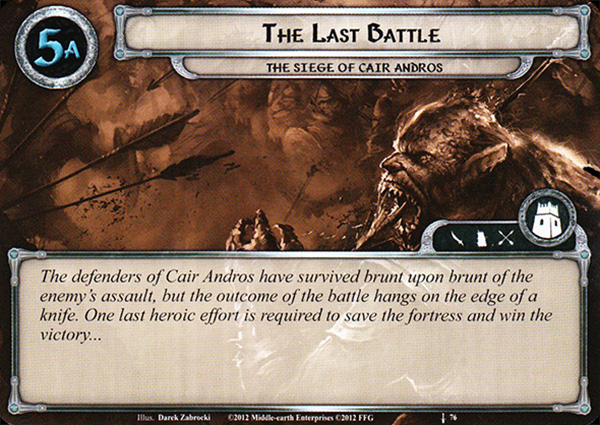 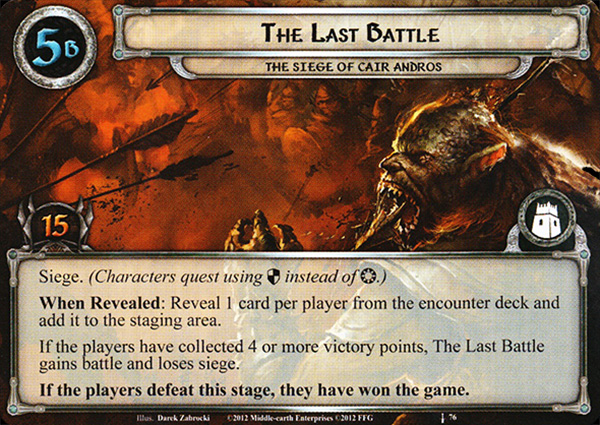 The defenders of Cair Andros have survived brunt upon brunt of the enemy's assault, but the outcome of the battle hangs on the edge of a knife. One last heroic effort is required to save the fortress and win the victory...

When Revealed: Reveal 1 card per player from the encounter deck and add it to the staging area.

If the players have collected 4 or more victory points, The Last Battle gains Battle and loses Siege.