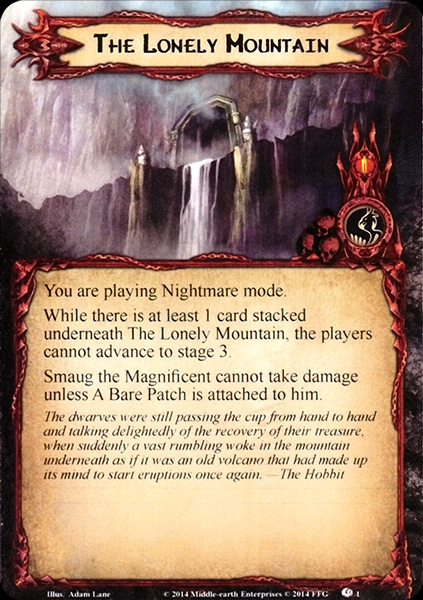 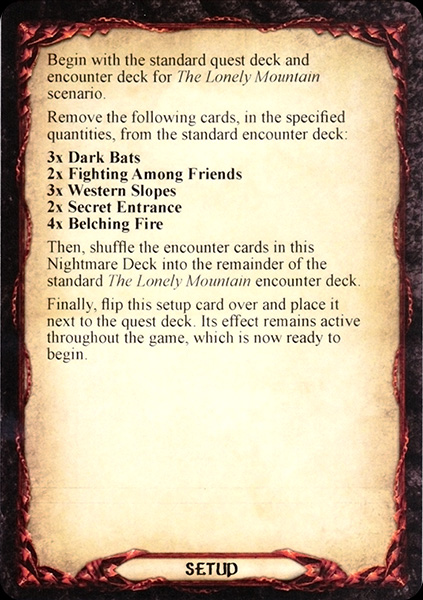 While there is at least 1 card stacked underneath The Lonely Mountain the players cannot advance to stage 3.

Smaug the Magnificent cannot take damage unless A Bare Patch is attached to him.

The dwarves were still passing the cup from hand to hand and talking delightedly of the recovery of their treasure, when suddenly a vast rumbling woke in the mountain underneath as if it was an old volcano that had map up its mind to start eruptions once again. –The Hobbit

Begin with the standard quest deck and encounter deck for The Lonely Mountain scenario.

Then, shuffle the encounter cards in this Nightmare Deck into the remainder of the standard The Lonely Moutain encounter deck.