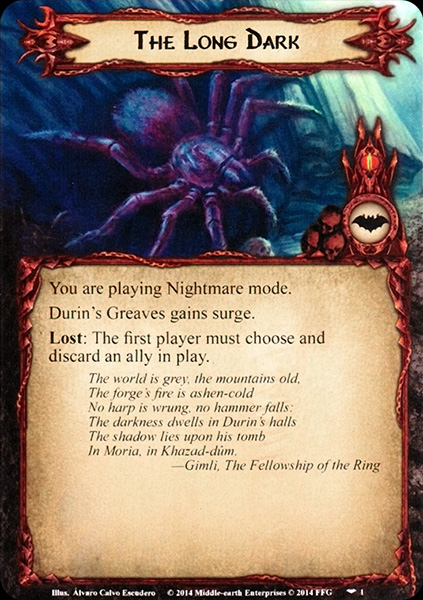 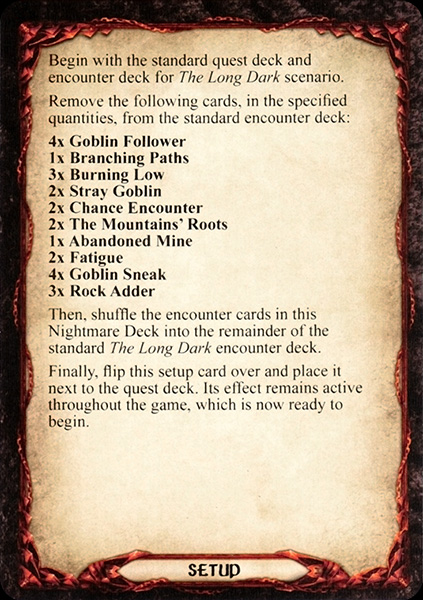 Lost: The first player must choose and discard an ally in play.

The world is grey, the mountains old,
The forge's fire is ashen cold
No harp is wrung, no hammer falls:
The darkness dwells in Durin's halls
The shadow lies upon his tomb
In Moria, in Khazad-dum
—Gimli, The Fellowship of the Ring

Begin with the standard quest deck and encounter deck for The Long Dark scenario.

Then, shuffle the encounter cards in this Nightmare Deck into the remainder of the standard The Long Dark encounter deck.