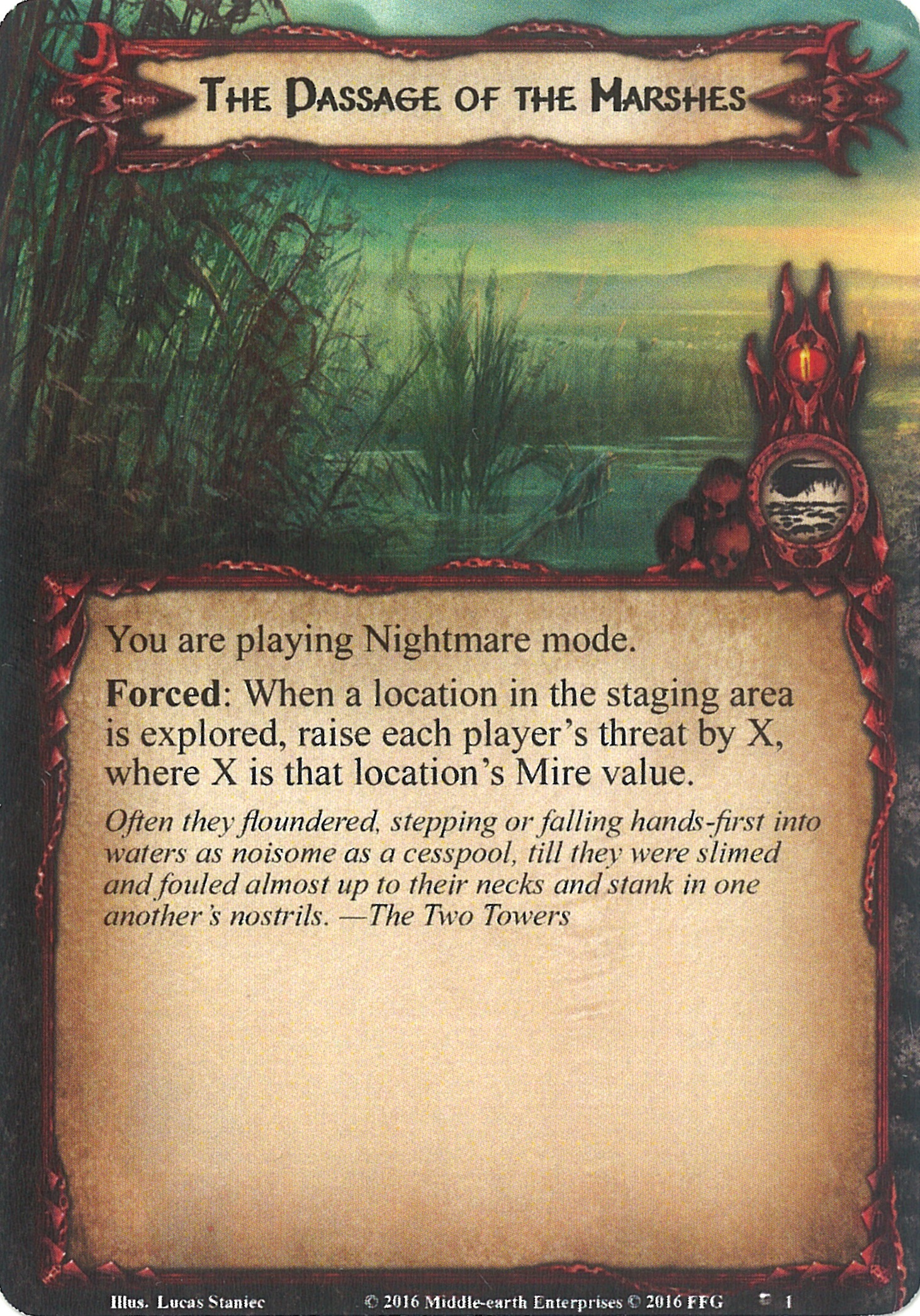 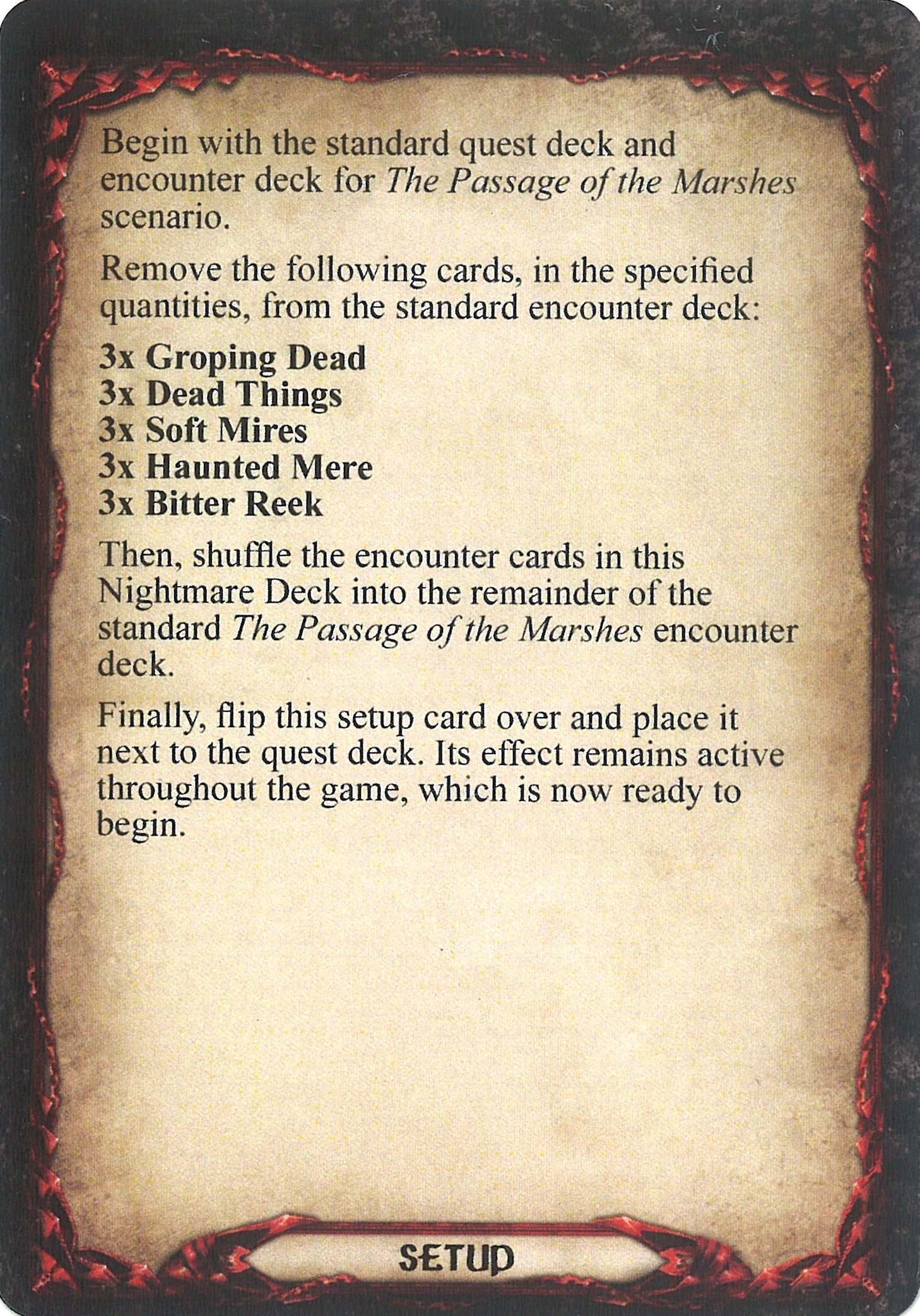 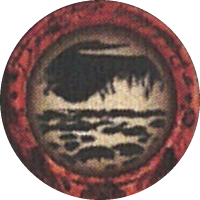 Forced: When a location in the staging are is explored, raise each player's threat by X, where X is that location's Mire value.


Often they floundered, stepping or falling hands-first into waters as noisome as a cesspool, till they were slimed and fouled almost up to their necks and stank in one another's nostrils. -The Two Towers

Begin with the standard quest deck and encounter deck for The Passage of the Marshes scenario.

Then, shuffle the encounter cards in this Nightmare Deck into the remainder of the standard The Passage of the Marshes encounter deck.