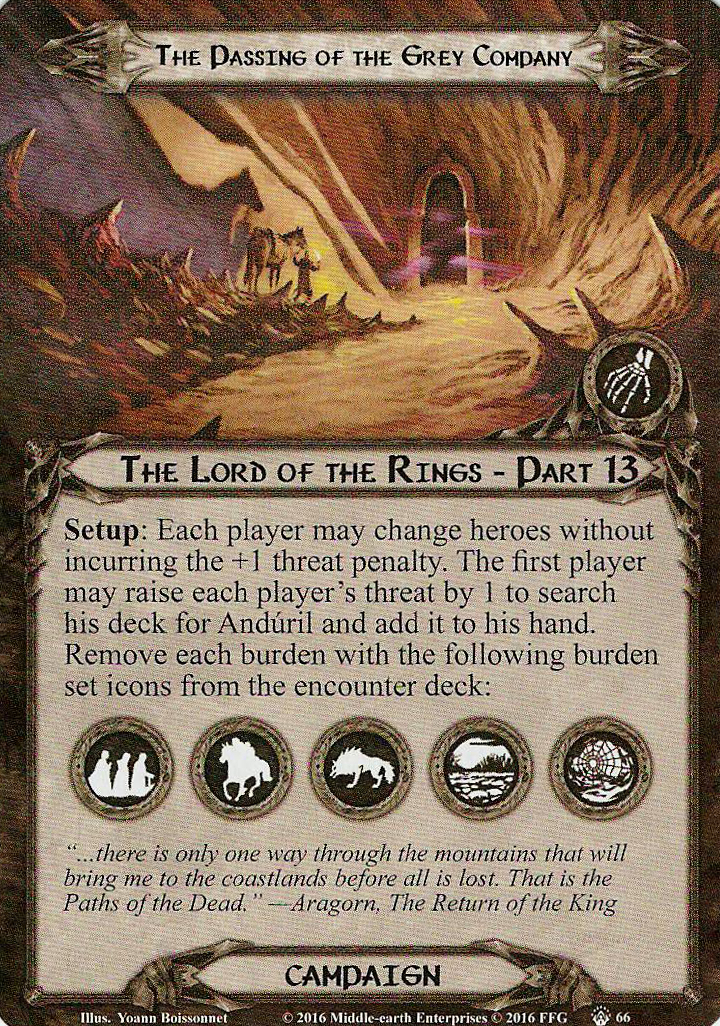 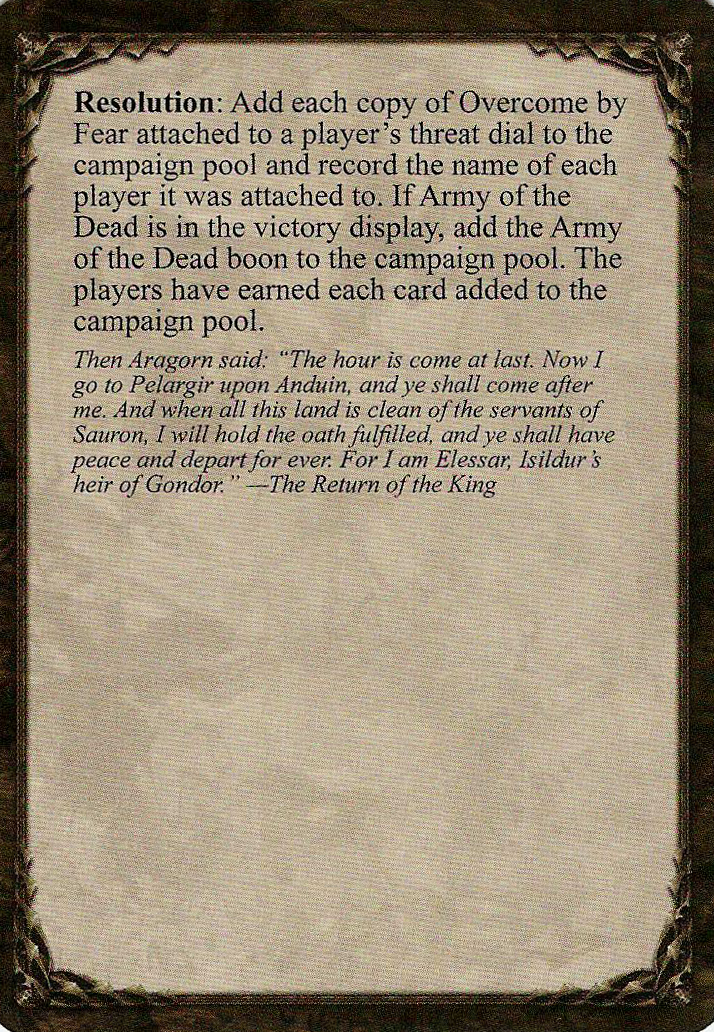 Setup: Each player may trade heroes without incurring a threat penalty. The first player may raise each player’s threat by 1 to search his deck for Anduril and add it to his hand. Remove each burden with these burden set icons from the encounter deck: A Shadow of the Past, Flight to the Ford, The Ring Goes South, The Passage of the Marshes, Shelob’s Lair


"...there is only one way through the mountains that will bring me to the coastlands before all is lost. That is the Paths of the Dead." -Aragorn, The Return of the King

Then Aragorn said: "The hour is come at last. Now I go to Pelargir upon Anduin, and ye shall come after me. And when all this land is clean of the servants of Sauron, I will hold the oath fulfilled, and ye shall have peace and depart for ever. For I am Elessar, Isildur's heir of Gondor." -The Return of the King