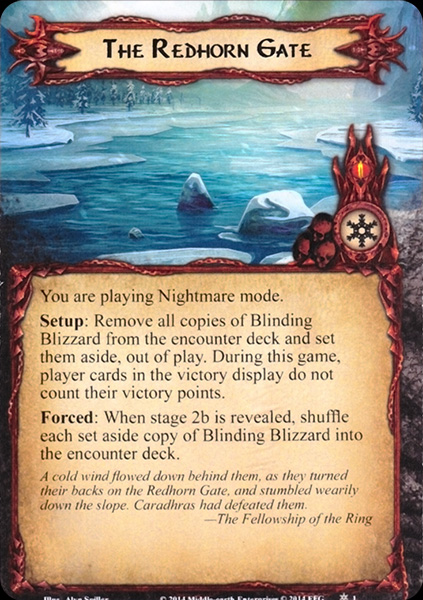 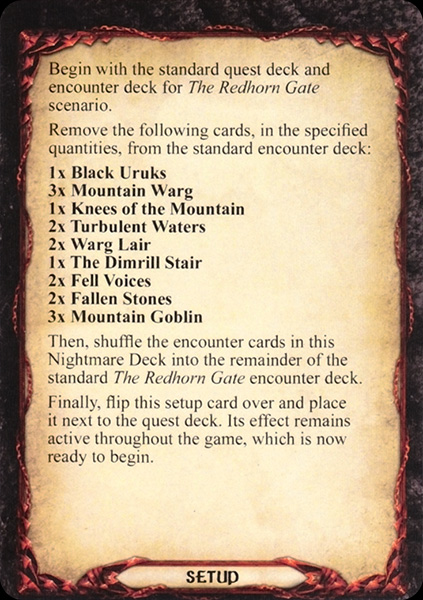 You are playing in Nightmare mode.

Setup: Remove all copies of Blinding Blizzard from the encounter deck and set them aside, out of play. During this game, player cards in the victory display do not count their victory points.

Forced: When stage 2b is revealed, shuffle each set aside copy of Blinding Blizzard into the encounter deck.

A cold wind flowed down behind them, as they turned their backs on the Redhorn Gate, and stumbled wearily down the slope. Caradhras had defeated them.
–The Fellowship of the Ring

Begin with the standard quest deck and encounter deck for The Redhorn Gate scenario.

1x Knees of the Mountain

Then, shuffle the encounter cards in this Nightmare Deck into the remainder of the standard The Redhorn Gate encounter deck.