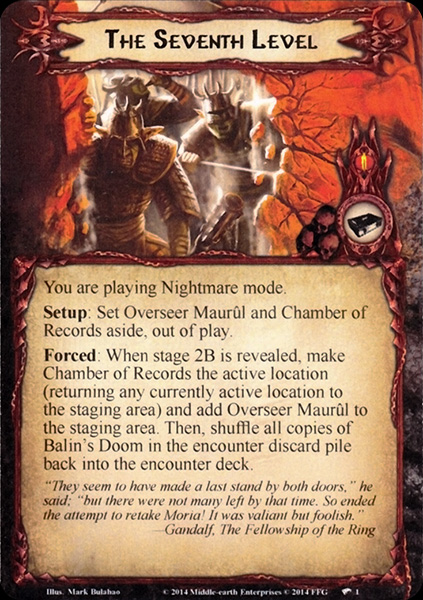 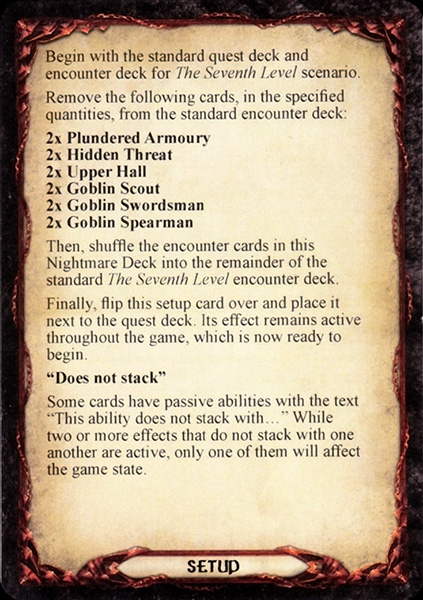 Setup: Set Overseer Maur–l and Chamber of Records aside, out of play.

"They seem to have made a last stand by both doors," he said; "but there were not many left by that time. So ended the attempt to retake Moria! It was valiant but foolish.". –Gandalf, The Fellowship of the Ring

Begin with the standard quest deck and encounter deck for The Seventh Level scenario.

Then, shuffle the encounter cards in this Nightmare Deck into the remainder of the standard The Seventh Level encounter deck.

Finally, flip this setup card over and place it next to the quest deck. Its effect remains active throughout the game, which is now ready to begin."Does not stack"

Some cards have passive abilities with the text "This ability does not stack with..." While two or more effects that do not stack with one another are active, only one of them will affect the game state.