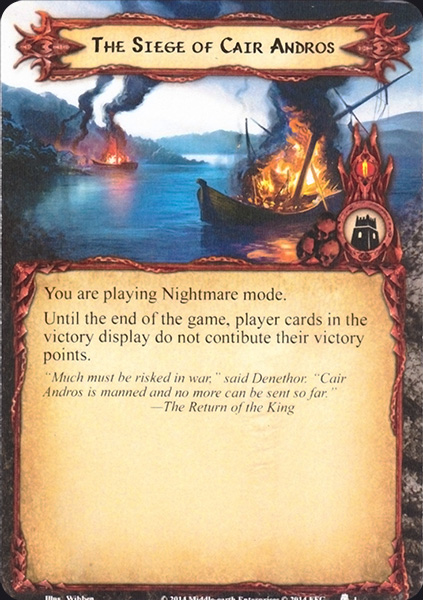 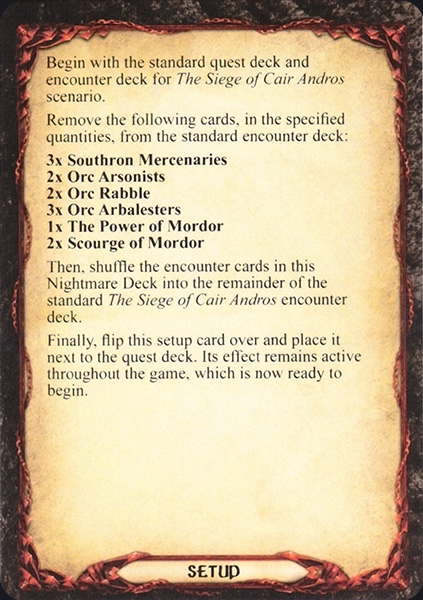 You are playing Nightmare mode. Until the end of the game, player cards in the victory display do not contribute their victory points.


"Much must be risked in war," said Denethor. "Cair Andros is manned and no more can be sent so far." -The Return of the King

Begin with the standard quest deck and encounter deck for The Siege of Cair Andros scenario.

1x The Power of Mordor

Then, shuffle the encounter cards in this Nightmare Deck into the remainder of the standard The Siege of Cair Andros encounter deck.