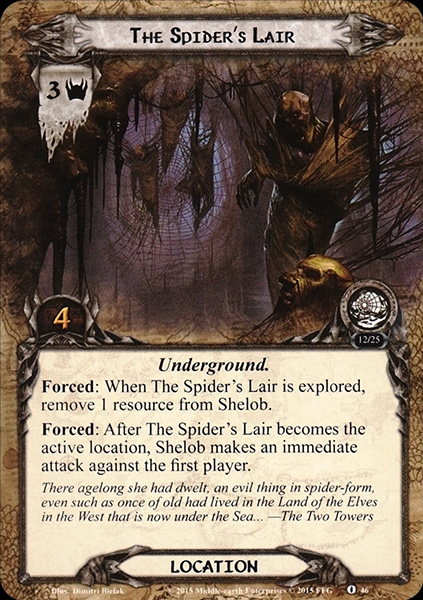 Forced: When The Spider's Lair is explored, remove 1 resource from Shelob.

Forced: After The Spider's Lair becomes the active location, Shelob makes an attack against the first player.

There agelong she had dwelt, an evil thing in spider–form, even such as once of old had lived in the Land of the Elves in the West that is now under the Sea... -The Two Towers