The Stairs of Cirith Ungol
The Land of Shadow #70 (x1) 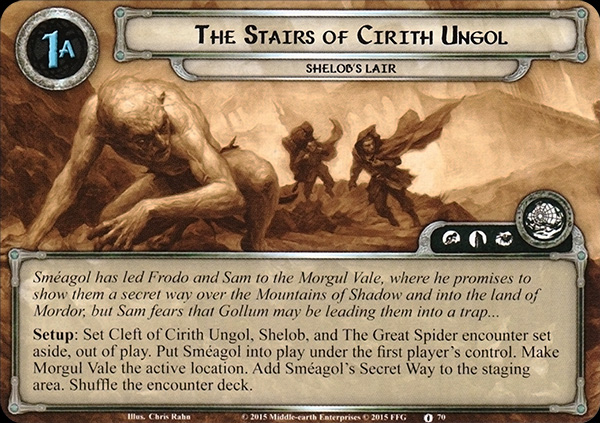 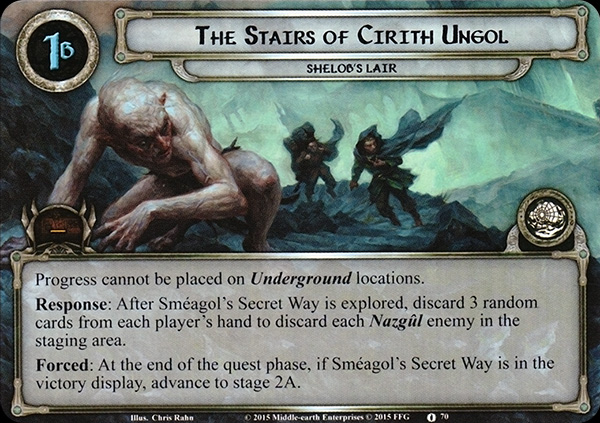 Sméagol has led Frodo and Sam to the Morgul Vale, where he promises to show them a secret way over the Mountains of Shadow and into the land of Mordor, but Sam fears that Gollum may be leading them into a trap...

Response: After Sméagol's Secret Way is explored, discard 3 random cards from each player's hand to discard each Nazgûl enemy in the staging area.

Forced: At the end of the quest phase, if Sméagol's Secret Way is in the victory display, advance to stage 2A.