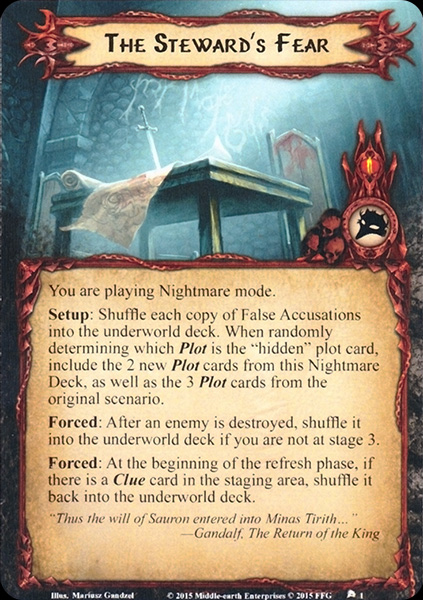 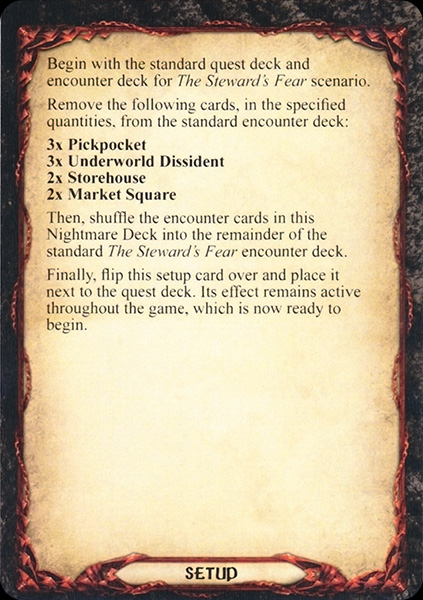 Forced: After an enemy is destroyed, shuffle it into the underworld deck if you are not at stage 3.

Forced: At the beginning of the refresh phase, if there is a Clue card in the staging area, shuffle it back into the underworld deck.

"Thus the will of Sauron entered into Minas Tirith..." –Gandalf, The Return of the King

Begin with the standard quest deck and encounter deck for The Steward's Fear scenario.

Then, shuffle the encounter cards in this Nightmare Deck into the remainder of the standard The Steward's Fear encounter deck.