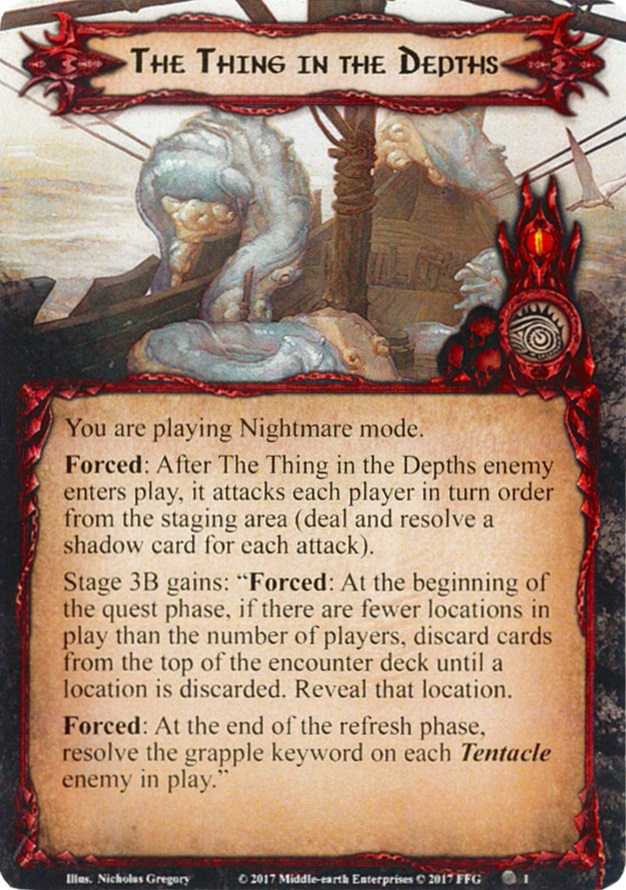 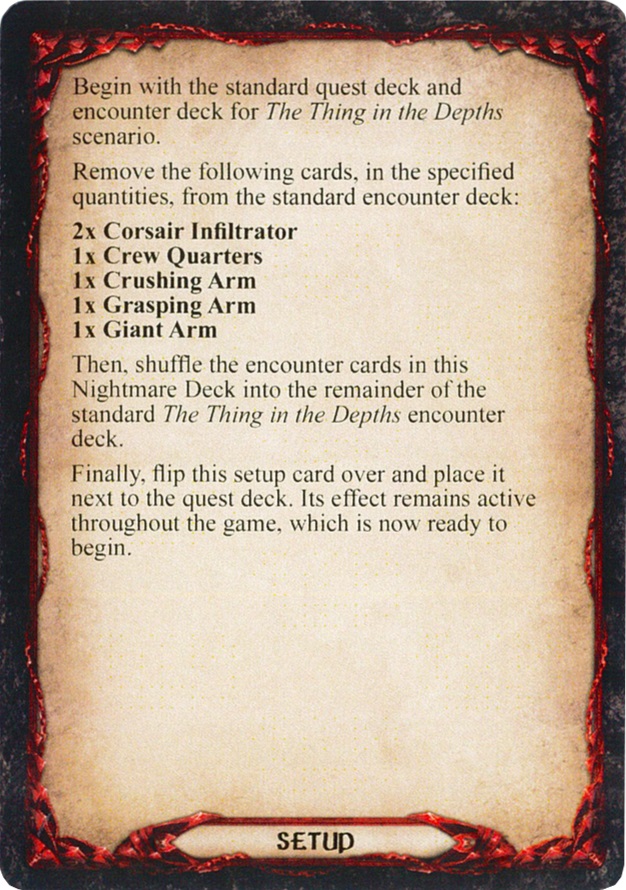 Forced: After The Thing in the Depths enemy enters play, it attacks each player in turn order from the staging area (deal and resolve a shadow card for each attack).

Forced: At the beginning of the quest phase, if there are fewer locations in play than the number of players, discard cards from the top of the encounter deck until a location is discarded. Reveal that location.

Forced: At the end of the refresh phase, resolve the grapple keyword on each Tentacle enemy in play.

Begin with the standard quest deck and encounter deck for The Thing in the Depths scenario.

Then shuffle the encounter cards in this Nightmare Deck into the remainder of the standard The Thing in the Depths encounter deck.