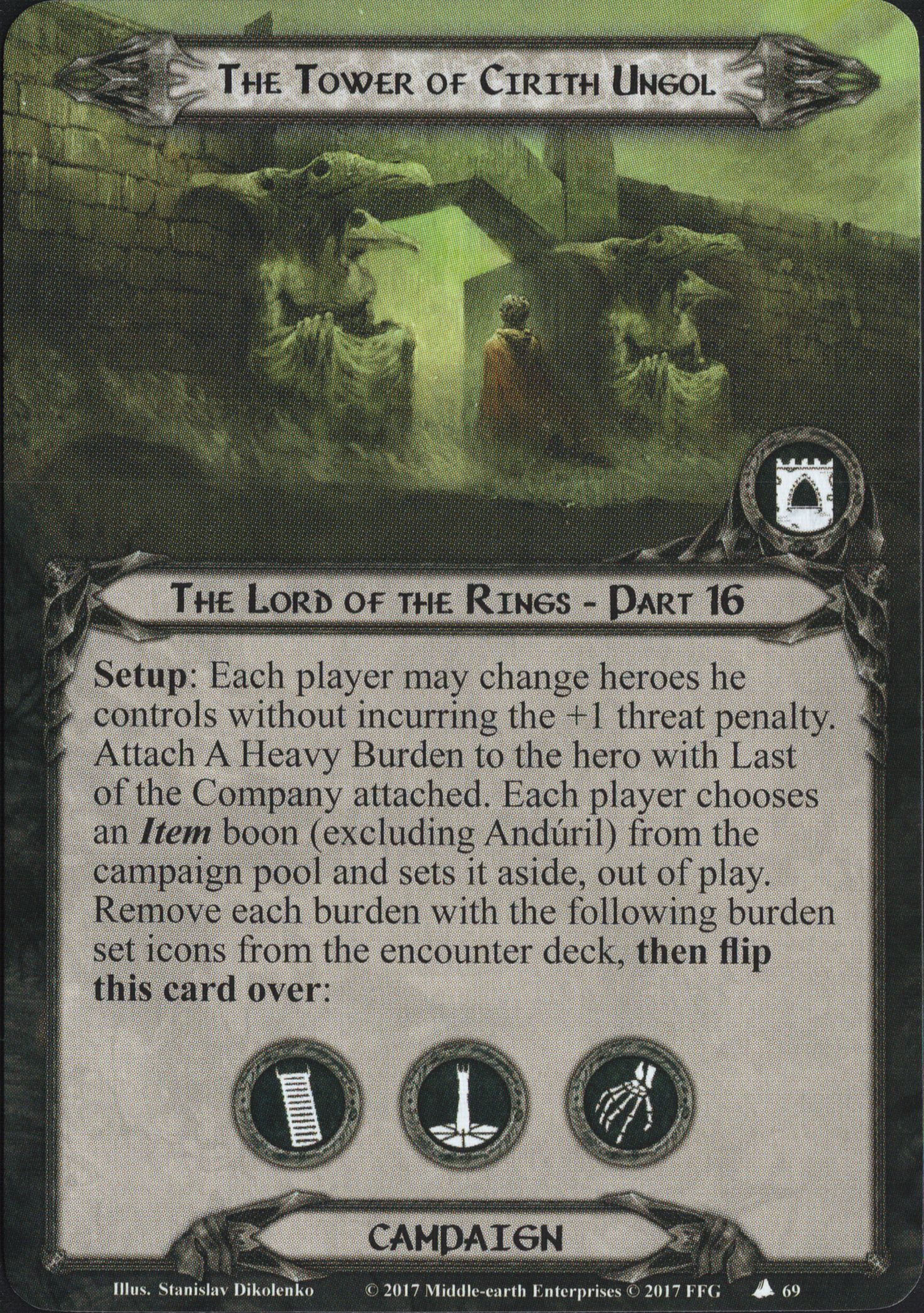 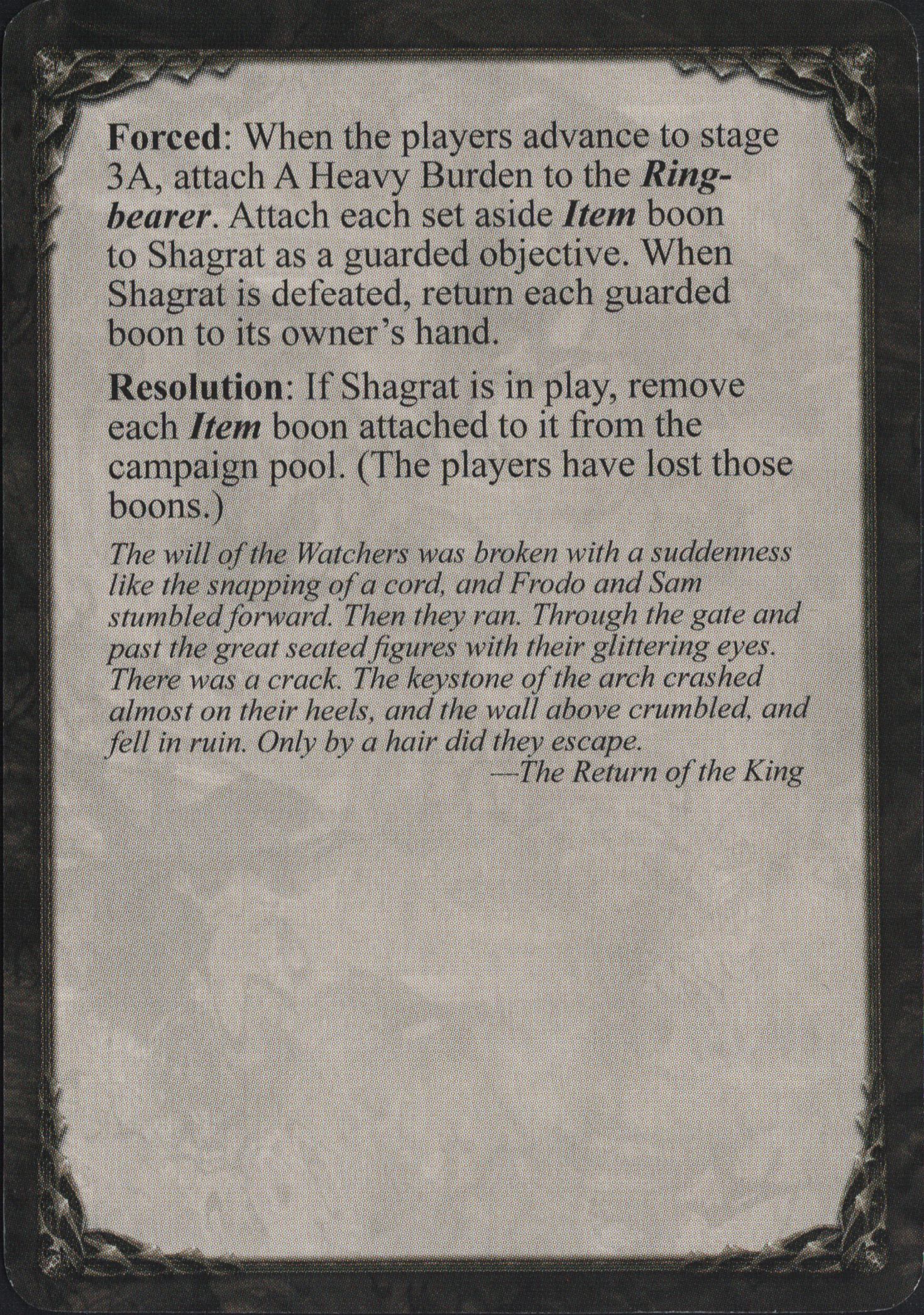 Setup: Each player may change heroes he controls without incurring the +1 threat penalty. Attach A Heavy Burden to the hero with Last of the Company attached. Each player chooses an Item boon (excluding Andúril) from the campaign pool and sets it aside, out of play. Remove each burden with the following burden set icons from the encounter deck, then flip this card over: Helm's Deep, The Road to Isengard , and The Passing of the Grey Company

Forced: When the players advance to stage 3A, attach A Heavy Burden to the Ring-bearer. . Attach each set aside Item boon to Shagrat as a guarded objective. When Shagrat is defeated, return each guarded boon to its owner's hand.

Resolution: If Shagrat is in play, remove each Item boon attached to it from the campaign pool. (The players have lost those boons.)

The will of the Watchers was broken with a suddenness like the snapping of a cord, and Frodo and Sam stumbled forward. Then they ran. Through the gate and past the great seated figures with their glittering eyes. There was a crack. The keystone of the arch crashed almost on their heels, and the wall above crumbled, and fell in ruin. Only by a hair did they escape.
-The Return of the King