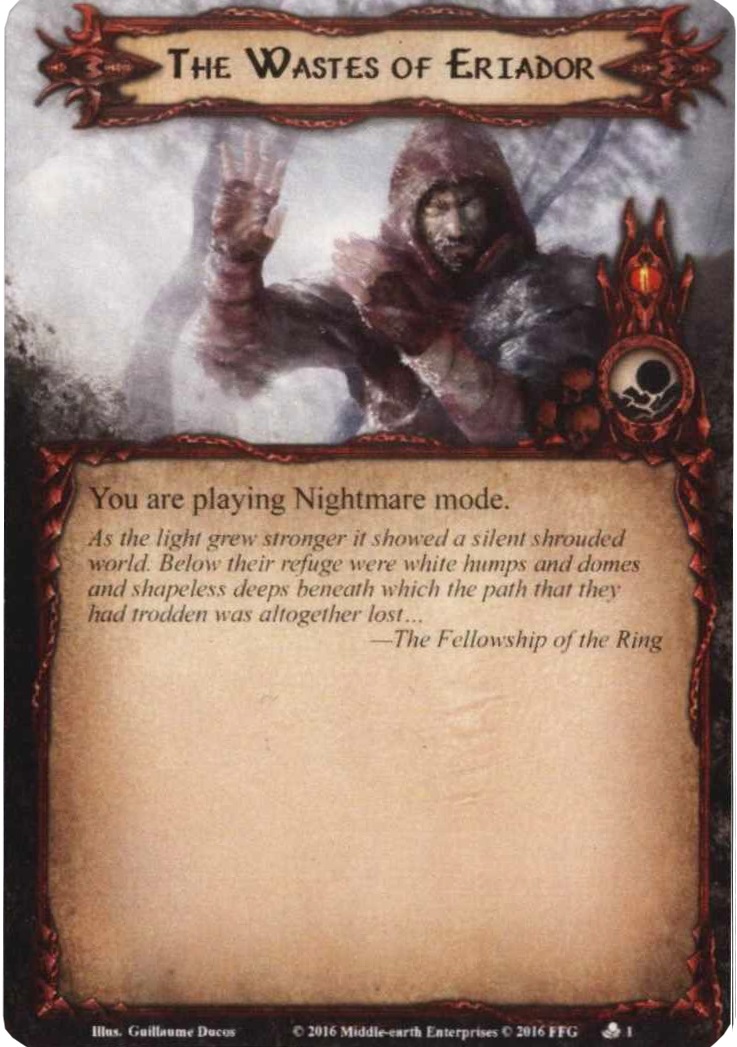 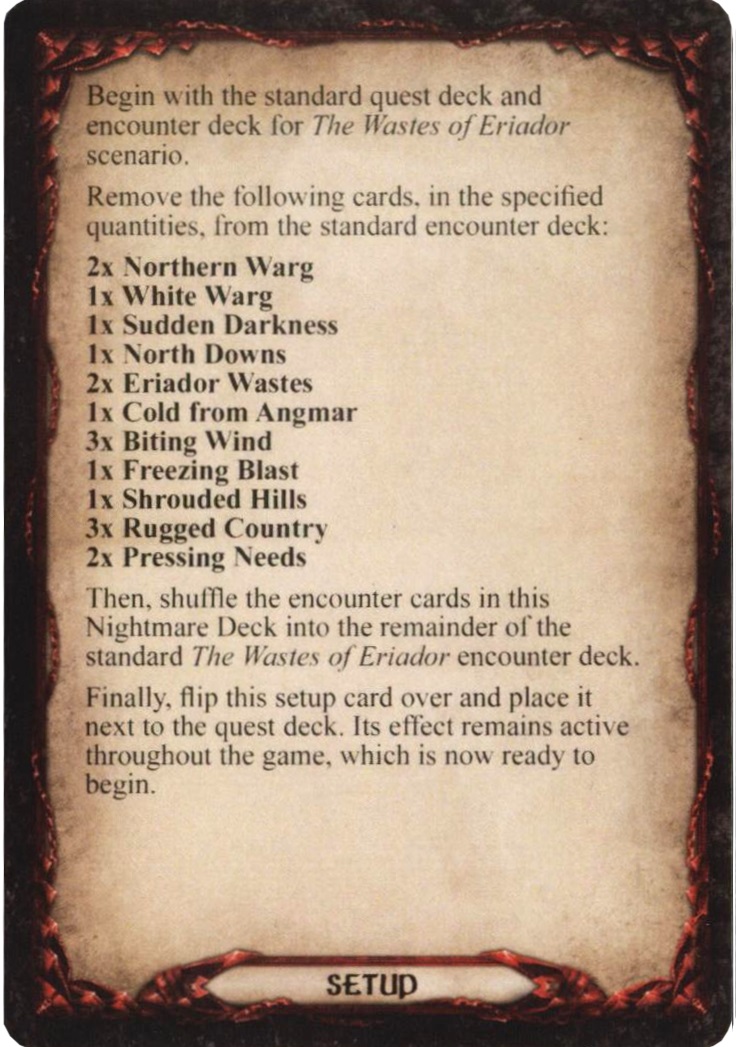 
As the light grew stronger it showed a silent shrouded world. Below their refuge were white humps and domes and shapeless deeps beneath which the path that they had trodden was altogether lost...
-The Fellowship of the Rings

Begin with the standard quest deck and encounter deck for The Wastes of Eriador scenario.

Then, shuffle the encounter cards in this Nightmare Deck into the remainder of the standard The Wasts of Eriador encounter deck.