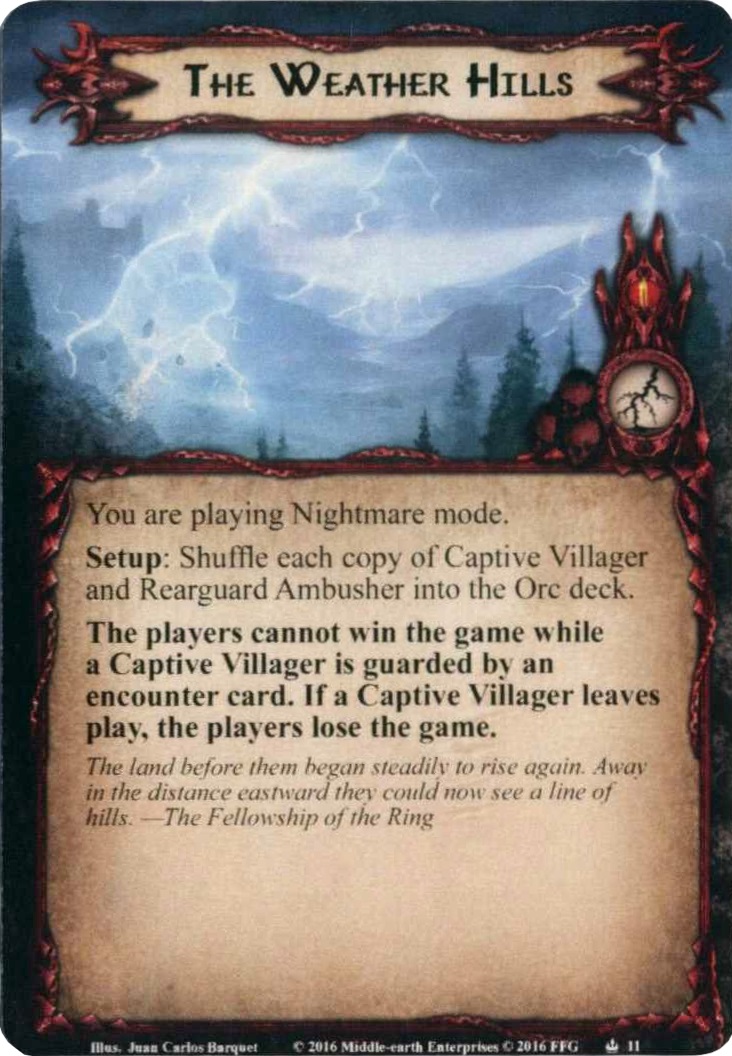 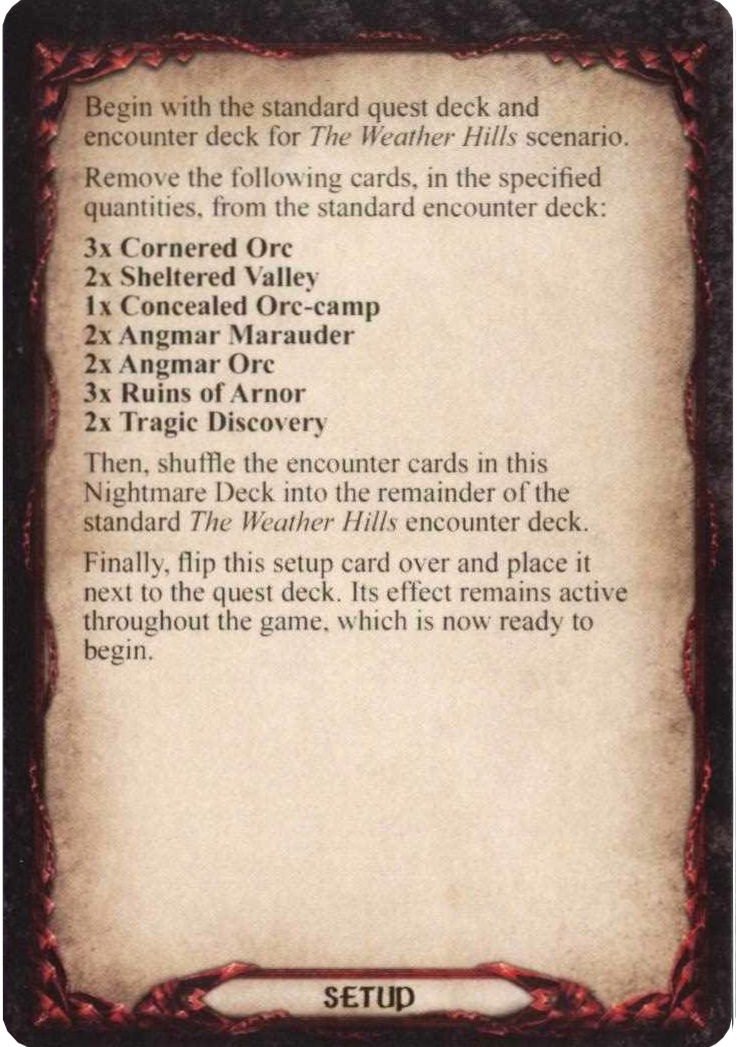 Setup: Shuffle each copy of Captive Villager and Rearguard Ambusher into the Orc deck.


The land before them began to rise again, Away in the distance eastward they could not see a line of hills.
-The Fellowship of the Ring

Begin with the standard quest deck and encounter deck for The Weather Hills scenario.

Then, shuffle the encounter cards in this Nightmare Deck into the remainder of the standard The Weather Hills encounter deck.