The White City Besieged
The Flame of the West #75 (x1) 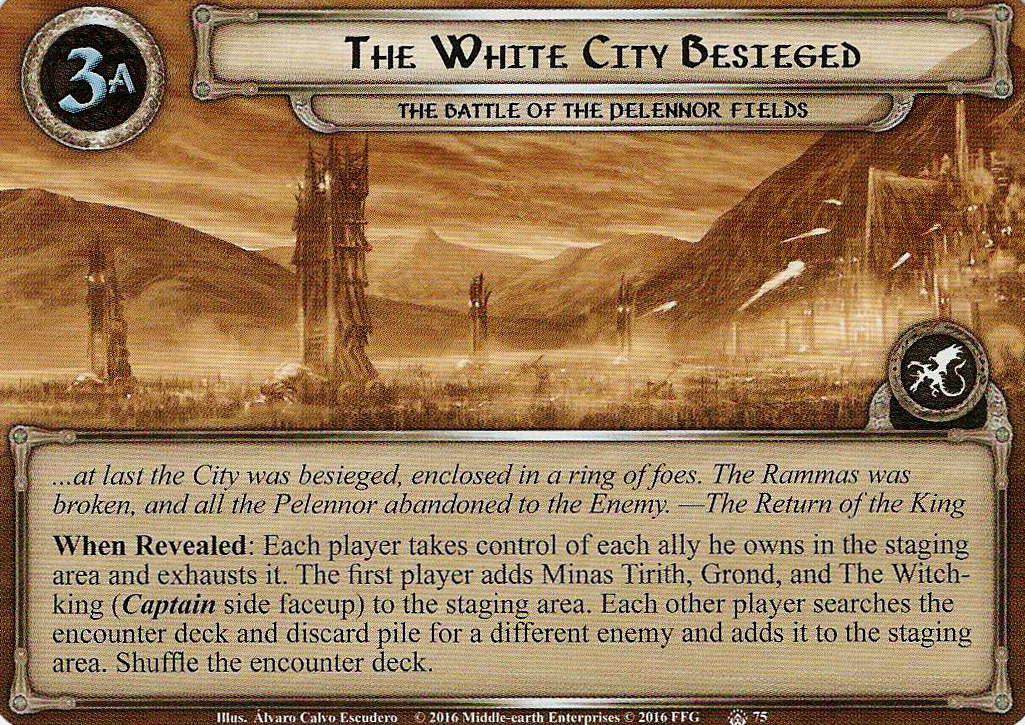 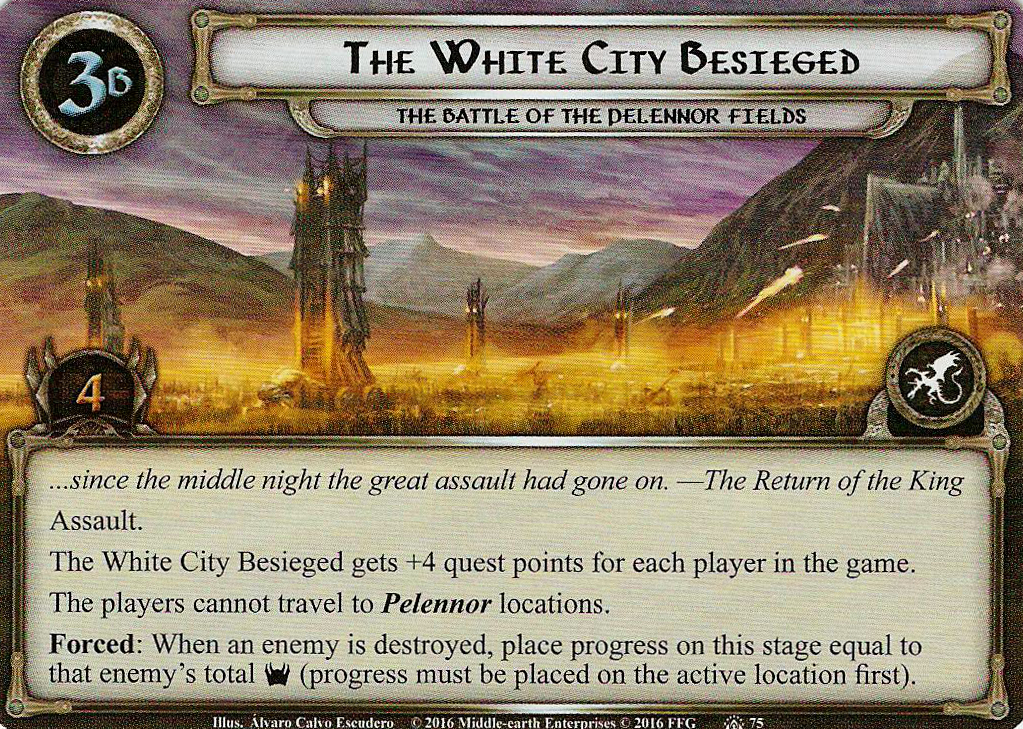 ...at east the city was besieged, enclosed in a ring of foes. The Rammas was broken, and all the Pelennor was abandoned to the Enemy. –The Return of the King

...since the middle night the great assault had gone on. –The Return of the King

The White City Besieged gets +4 quest points for each player in the game.

Forced: When an enemy is destroyed, place progress on this stage equal to that enemy's total

(progress must be placed on the active location first).