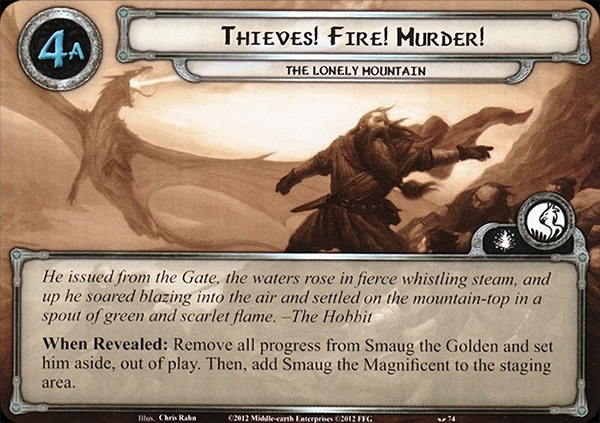 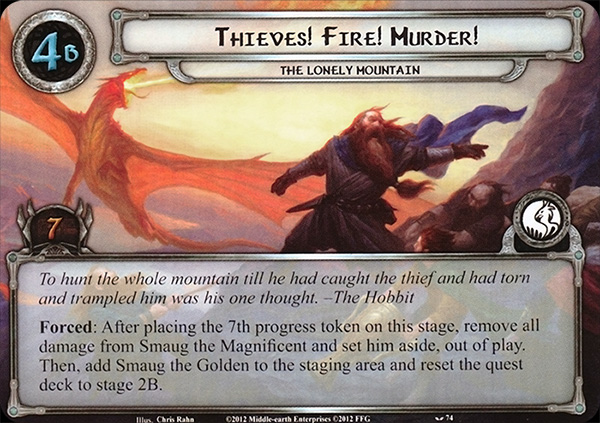 4A-B (7)
When Revealed: Remove all progress from Smaug the Golden and set him aside, out of play. Then, add Smaug the Magnificent to the staging area.


He issued from the Gate, the waters rose in fierce whistling steam and up he soared blazing into the air and settled on the mountain-top in a spout of green and scarlet flame -The Hobbit

Forced: After placing the 7th progress token on this stage, remove all damage from Smaug the Magnificent and set him aside, out of play. Then, add Smaug the Golden to the staging area and reset the quest deck to stage 2B.