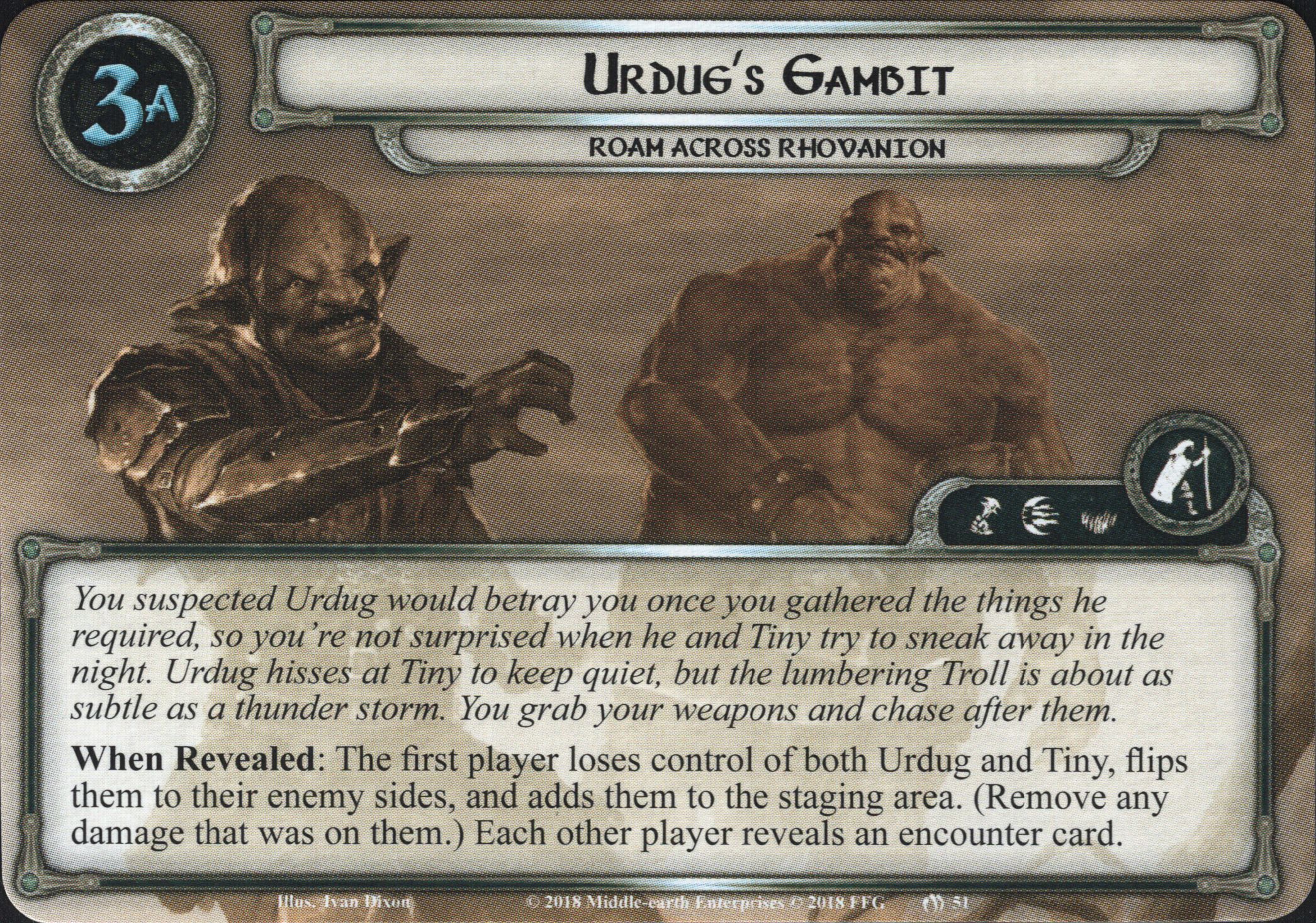 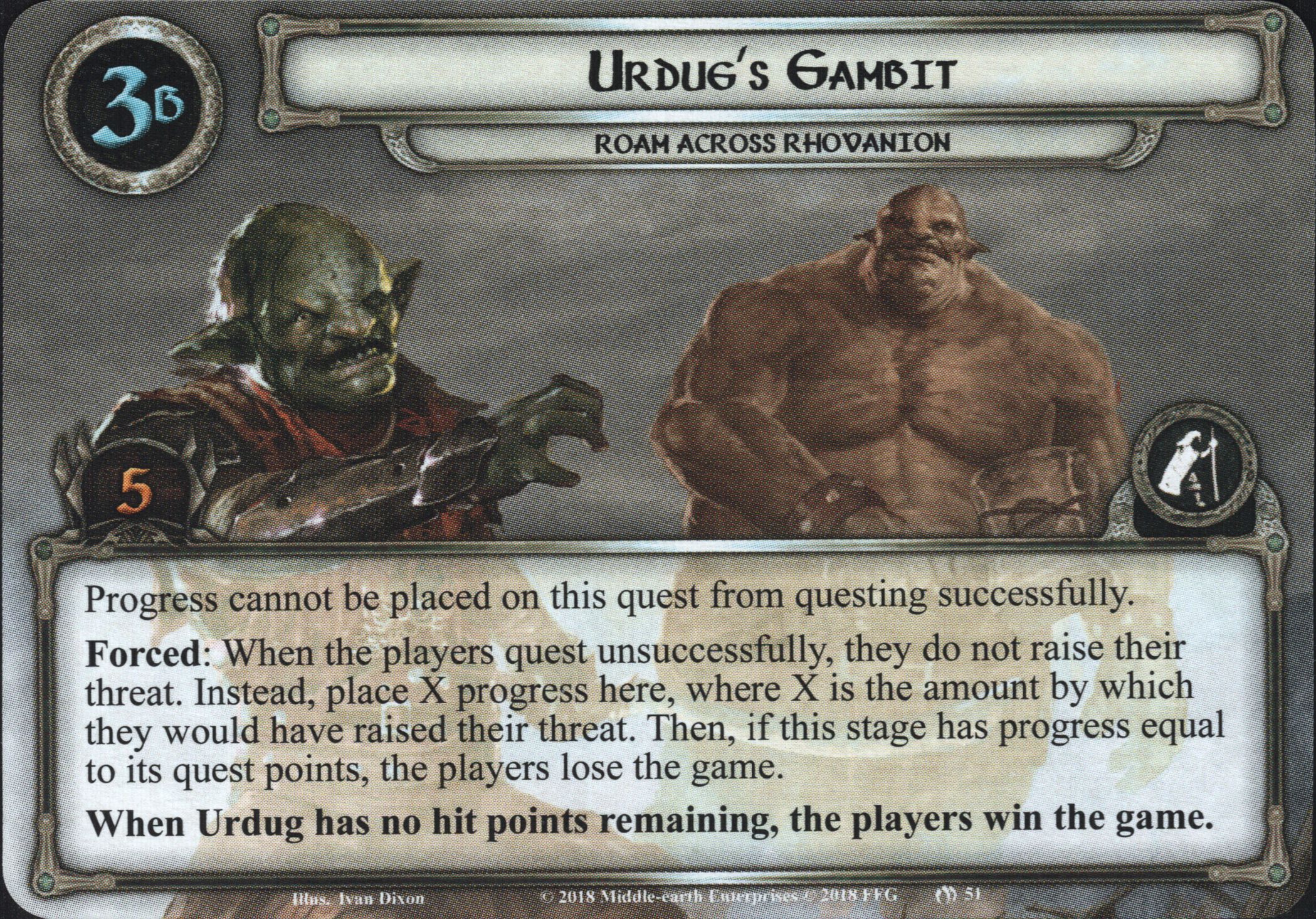 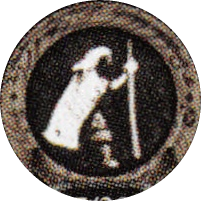 You suspected Urdug would betray you once you gathered the things he required, so you're not surprised when he and Tiny try to sneak away in the night. Urdug hisses at Tiny to keep quiet, but the lumbering Troll is about as subtle as a thunder storm. You grab your weapons and chase after them.

When Revealed: The first player loses control of both Urdug and Tiny, flips them to their enemy sides, and adds them to the staging area. (Remove any damage that was one them.) Each other player reveals an encounter card.

Progress cannot be placed on this quest from questing successfully.

Forced: When the players quest unsuccessfully, they do not raise their threat. Instead, place X progress here, where X is the amount by which they would have raised their threat. Then, if this stage has progress equal to its quest points, the player lose the game.

When Urdug has no hit points remaining, the players win the game.

This quest card incorrectly includes the encounter set icon for Gathering Gloom (a moon covered by clouds) when it should instead include Lost in Wilderland (a cloaked man). The rules insert has the correct encounter sets listed, and this card has been updated to match the rules insert. This error should be fixed in the next errata release.