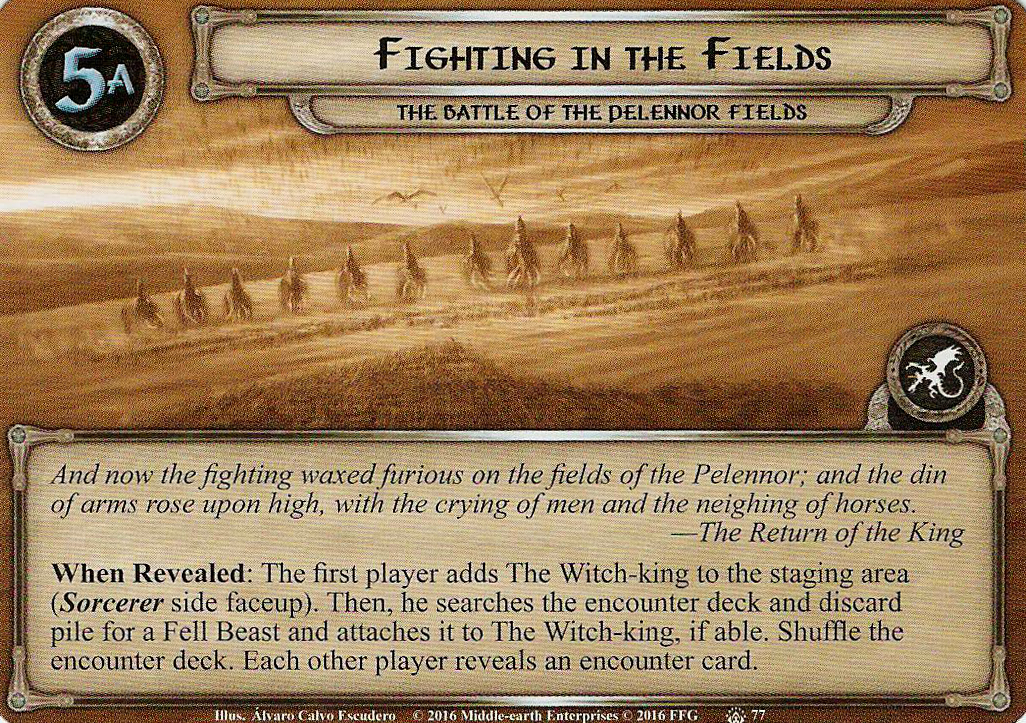 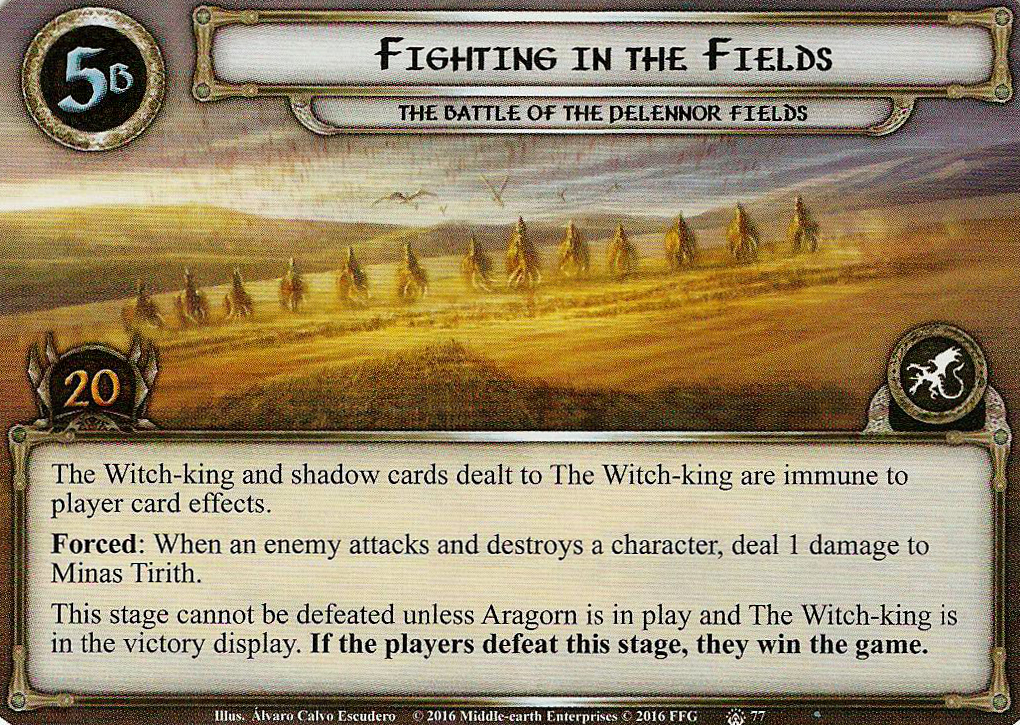 And now the fighting waxed furious on the fields of the Pelennor; and the din of arms rose upon high, with the crying of men and the neighing of horses.
–The Return of the King

Forced: When an enemy attacks and destroys a character, deal 1 damage to Minas Tirith.

This stage cannot be defeated unless Aragorn is in play and The Witch-king is in the victory display. If the players defeat this stage, they win the game.