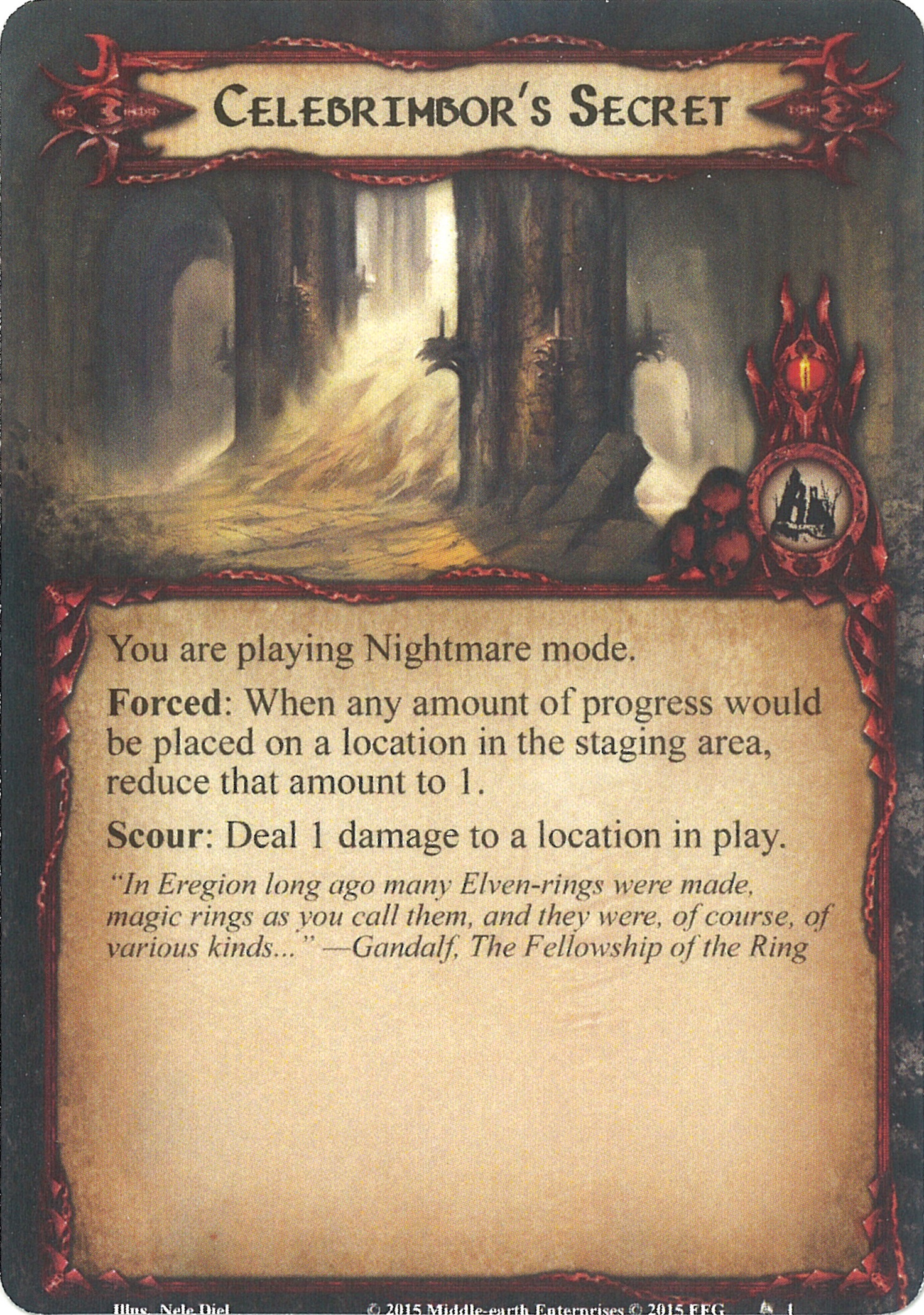 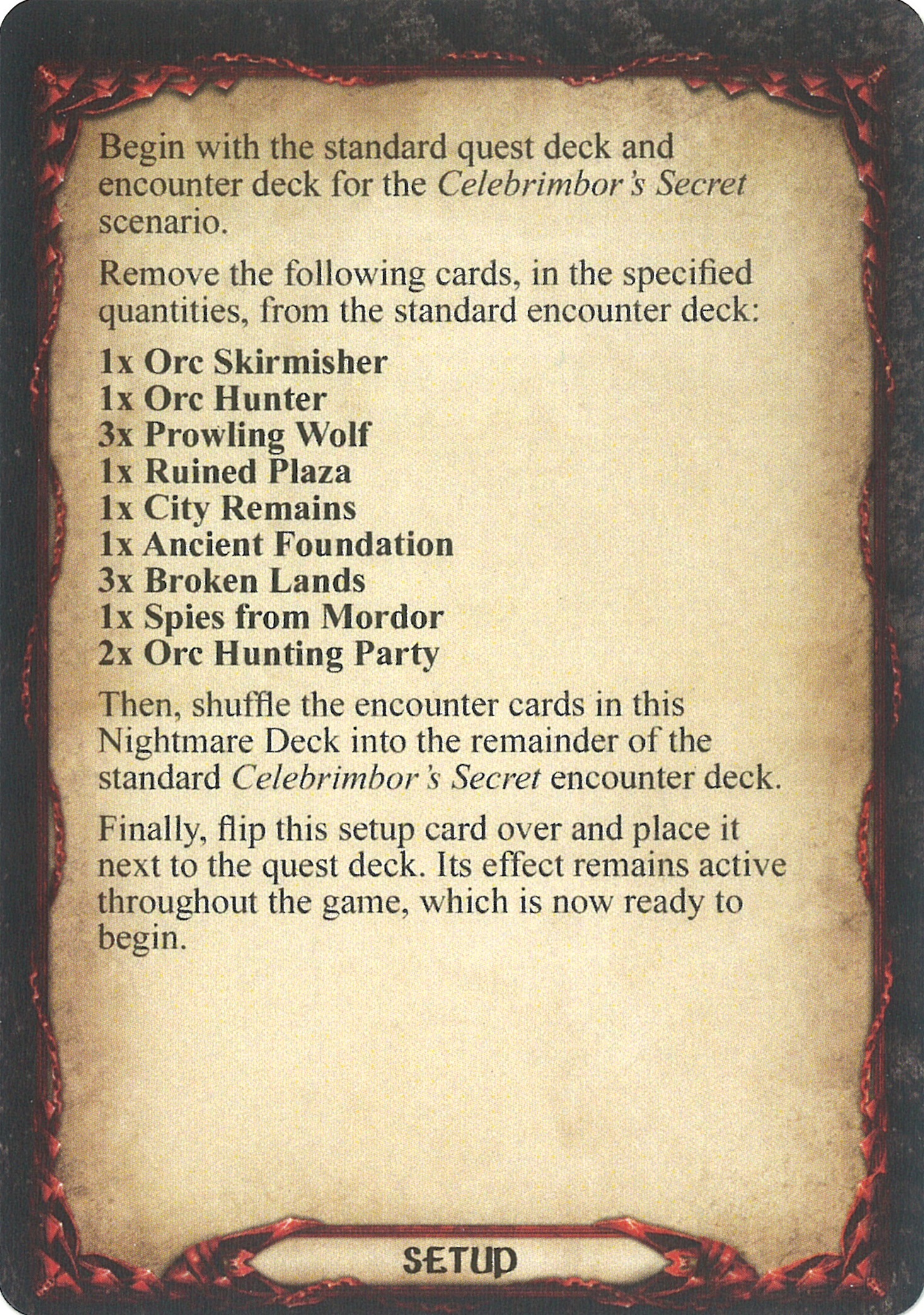 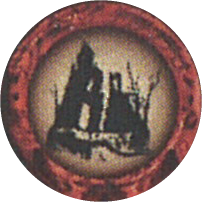 Forced: When any amount of progress would be placed on a location in the staging area, reduce that amount to 1.

Scour: Deal 1 damage to a location in play.

"In Eregion long ago many Elven–rings were made, magic rings as you call them, and they were, of course, of various kinds..." –Gandalf, The Fellowship of the Ring

Begin with the standard quest deck and encounter deck for the Celebrimbor's Secret scenario.

Then, shuffle the encounter cards in this Nightmare Deck into the remainder of the standard Celebrimbor's Secret encounter deck.