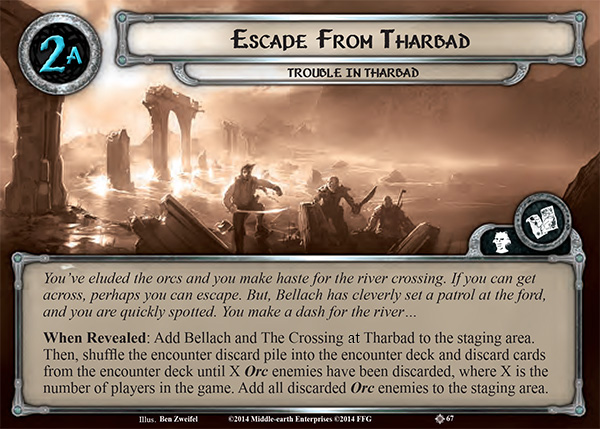 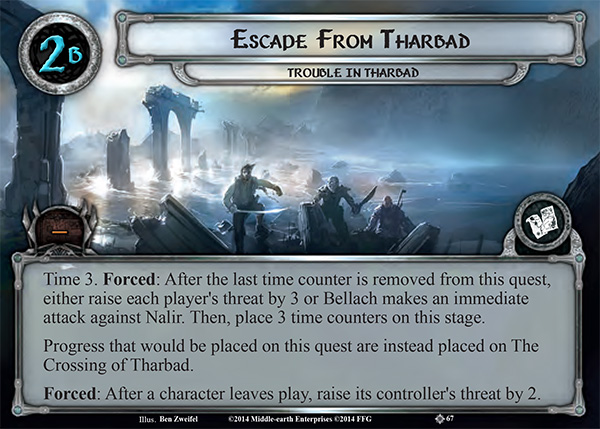 You've eluded the Orcs and you make haste for the river crossing. If you can get across, perhaps you can escape. But, Bellach has cleverly set a patrol at the ford, and you are quickly spotted. You make a dash for the river...

Time 3. Forced: After the last time counter is removed from the quest, either raise each player's threat by 3 or Bellach makes an immediate attack against Nalir. Then, place 3 time counters on this stage.

Progress that would be placed on this quest are instead placed on The Crossing at Tharbad.

Forced: After a character leaves play, raise its controller's threat by 2.