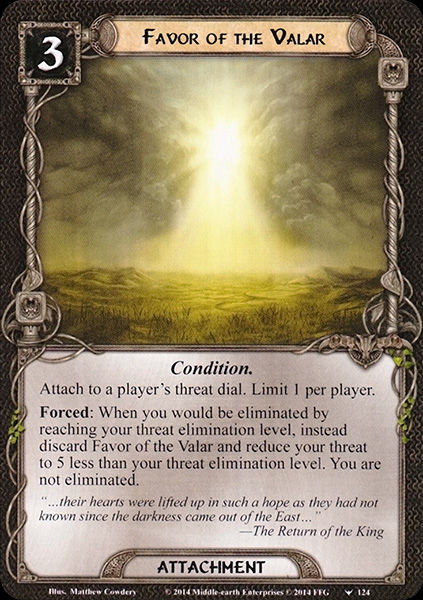 Attach to a player's threat dial. Limit 1 per player.

"...their hearts were lifted up in such a hope as they had not known since the darkness came out of the East..."
–The Return of the King

View this card on RingsDB
Popularity (2/5):