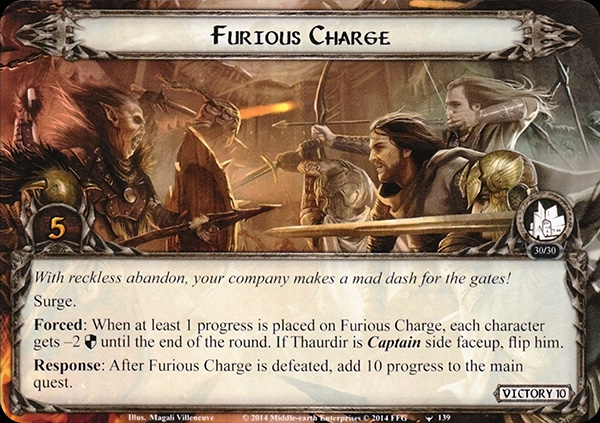 With reckless abandon, your company makes a mad dash for the gates!

Forced: When at least 1 progress is placed on Furious Charge, each character gets -2

until the end of the round. If Thaurdir is Captain side faceup, flip him.

Response: After Furious Charge is defeated, add 10 progress to the main quest.