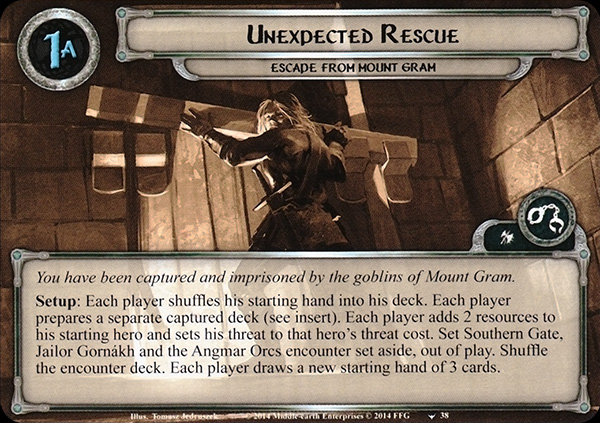 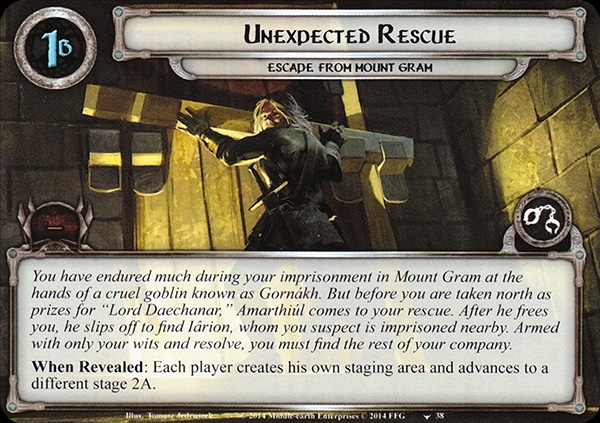 You have been captured and imprisoned by the goblins of Mount Gram.

You have endured much during your imprisonment in Mount Gram at the hands of a cruel goblin known as Gornákh. But before you are taken north as prizes for "Lord Daechanar," Amarthiúl comes to your rescue. After he frees you, he slips off to find Iârion, whom you suspect is imprisoned nearby. Armed with only your wits and resolve, you must find the rest of your company.

When Revealed: Each player creates his own staging area and advances to a different stage 2A.