Mutual Accord
Heirs of Númenor#5 (x3) 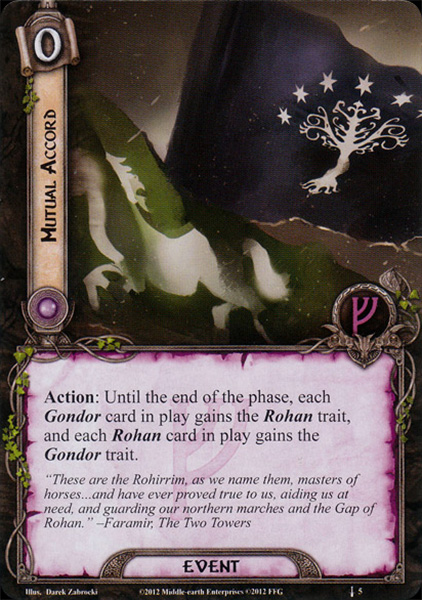 "These are the Rohirrim, as we name them, masters of horses... and have ever proved true to us, aiding us at need, and guarding our northern marches and the Gap of Rohan." –Faramir, The Two Towers

View this card on RingsDB
Popularity:  1