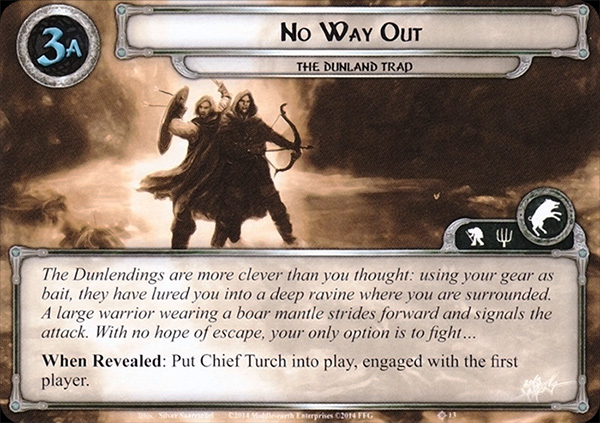 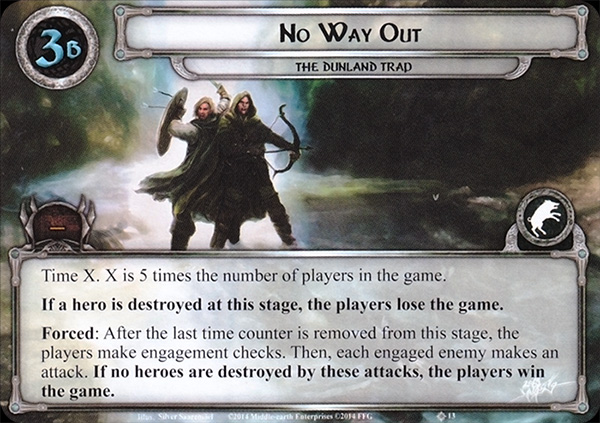 The Dunlendings are more clever than you thought: using your gear as bait, they have lured you into a deep ravine where you are surrounded. A large warrior wearing a boar mantle strides forward and signals the attack. With no hope of escape, your only option is to fight...

When Revealed: Put Chief Turch into play, engaged with the first player.

Time X. X is 5 times the number of players in the game.

If a hero is destroyed at this stage, the players lose the game.

Forced: After the last time counter is removed from this stage, the players make engagement checks. Then, each engaged enemy makes an attack. If no heroes are destroyed by these attacks, the players win the game.